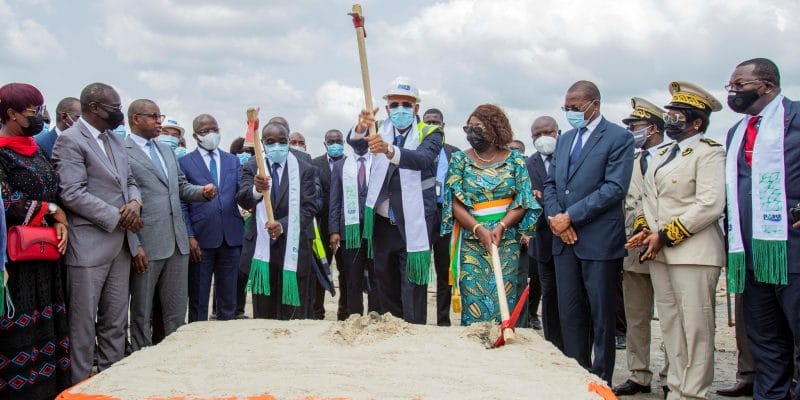 Ivorian Prime Minister Patrick Achi has announced the start of the Urban Sanitation and Resilience Project (PARU) in Ivory Coast, initiated a few years ago to combat flooding. The World Bank is financing the work to the tune of 155 billion CFA francs, more than 236 million euros.

Abidjan is once again at the heart of a flood control project. The Ivory Coast government has named it PARU (Sanitation and Urban Resilience Project). “We want to improve the flow of rainwater and waste and thus reduce the risk of flooding,” explains Patrick Achi, the Ivorian Prime Minister.

The economic capital of Ivory Coast has been prone to flooding for several years, accentuated by climate change. The one in 2018 was the most important causing numerous human and material damages. Far from being another initiative, the PARU is a response to this urgent problem.

The benefits of the project in six years

The first intervention zone of the sanitation and urban resilience project, launched on March 10, 2022, is Abobo. The project will then expand to the councils of Grand-Bassam, Assinie, Jacqueville, Yamoussoukro, Bouaké, Korhogo, Duékoué, San-Pedro, Daloa, Ouangolodougou, etc. Each of these areas will benefit from new primary and secondary drainage systems for storm water evacuation associated with road works, as well as early warning systems for floods. The capacities of institutions responsible for sanitation and urban planning will also be strengthened through training and the provision of dedicated digital technologies.

The PARU also includes a sanitation component. “We will build new solid waste landfills in Abidjan and several other cities,” says the Ivorian Ministry of Sanitation and Hygiene. Recovery plants will give a second life to some of the waste that usually clogs drains, preventing rainwater from flowing normally.

The PARU project is being launched less than two months after a similar project in Abidjan that will benefit 3.5 million people. But the project will be implemented over a six-year period, creating job opportunities for youth and women, particularly in water collection, recycling and construction of irrigation systems.

Read also – AFRICA: water, at the heart of the continent’s environmental challenge

The Ivorian government is financing the PARU work with a loan of 155 billion CFA francs (over 236 million euros) from the International Finance Association (IDA), a subsidiary of the World Bank Group. The loan agreement between Ivory Coast and the financial institution was signed in June 2020.