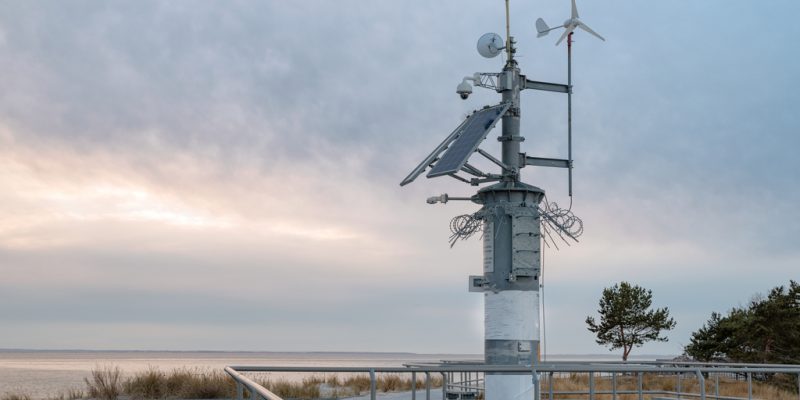 The Ivorian council of Sangabili in the Zanzan district on the Ghanaian border has just received a new weather station. This initiative will enable bushfire control committees and local populations to obtain accurate data in order to anticipate droughts and floods.

Faced with recurring floods, the council of Sangabali located in the department of Bondoukou, in the northeast of Ivory Coast, now has a weather station. The device, which will be used to prevent bad weather and drought in this locality exposed to climatic hazards, was jointly funded by the Volta Basin Authority (VBA), the Global Water Partnership for West Africa (GWP-WA) and the United Nations (UN) through the World Meteorological Organization (WMO).

According to Gervais Koffi Koffi, Director of Water and Forests of Gontougo (the region under whose supervision the project is carried out, editor’s note), the kit consists of, among other things, a tipping bucket rain gauge, a temperature and humidity sensor, an ultrasonic wind speed and direction sensor, and a solar panel with a mounting bracket. According to the Société d’exploitation et de développement aéroportuaire, aéronautique et météorologique (SODEXAM), this initiative is part of the Volta Basin Project.

A resilient response to climate change

Financed to the tune of 7, 92 million dollars (about 4 billion CFA francs) by the Climate Change Adaptation Fund (FACC), the Volta Basin Project was launched in 2019 to improve the resilience to climate change of the six countries that share this Transboundary river (1,850 km long) like Burkina Faso, Ghana, Benin, Ivory Coast, Mali and Togo. The initiative, which will be completed by 2023, will ensure sustainable socio-economic development for the people living along the river, particularly those in the council of Sangabili in Ivory Coast.

“The Volta Basin Project will contribute to the achievement of Sustainable Development Goal 6 (SDG 6) in West Africa through integrated water resources management at all levels, including through Transboundary cooperation. Also to limit the risks that our world is facing, including weather, climate and hydrological conditions,” says Amadou Hama Maiga, former president of GWP-WA.