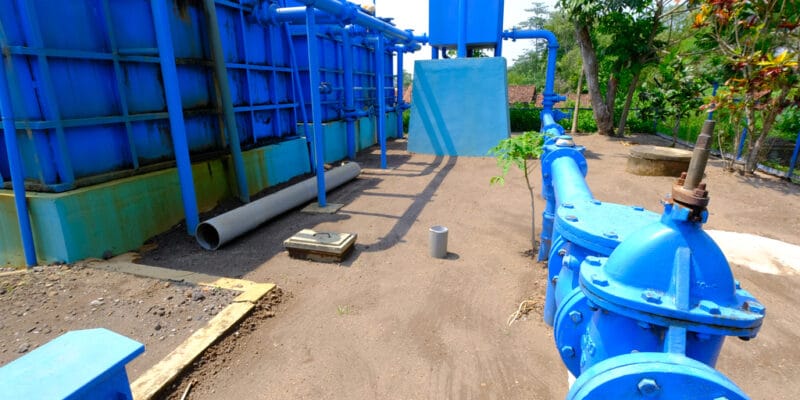 Fluence Corporation has just relaunched its drinking water project in Abidjan, the capital of Ivory Coast. The American company was supposed to start work on 30 June 2020, but the launch has been delayed due to the global health crisis caused by Covid-19.

Fluence Corporation is resuming service in Ivory Coast. On February 5th, 2021, the American company relaunched its drinking water project in the capital Abidjan. A few months ago, the American company that won the contract to design, supply and build the EPC decided to postpone the start of work, scheduled for June 30th, 2020, to a later date, due to the global health crisis caused by the coronavirus. “Some problems caused by the impact of the Covid-19 pandemic have resulted in difficulties such as travel and/or the submission of original documents for signature,” Fluence Corporation said in 2020. The drinking water supply project was initiated by the Ivorian Ministry of Hydraulics.

According to Laurent Tchagba, the Ivorian Minister of Hydraulics, the current water production in Abidjan is 640,000 m3/day, against a demand estimated at 840,000 m3/day. In order to improve water supply to the population, Fluence Corporation will build a drinking water plant that will exploit the Aghien lagoon, the largest freshwater reserve in Ivory Coast located 73 km south-east of Abidjan. The completed facility will have a capacity of 150,000 m3 per day.

The company based in New York State in the United States will also lay pipes to transport drinking water to two castles with a capacity of 5,000 m3 each. Drinking water will then be distributed to some 1.5 million people in Abidjan until 2040, notably in the districts of Abobo, Biabou, Abobo belle ville, Abobo Baoulé, Cocody Angré CHU, Bessikoi, Ayama Débarcadère, Akandjè, Koffakoi, Abatta, Djorogobité, Bingerville and Brofodoumé.

Fluence Corporation will implement the drinking water supply project in 24 months for a total amount of 108.009 billion CFA francs, about 165 million euros.