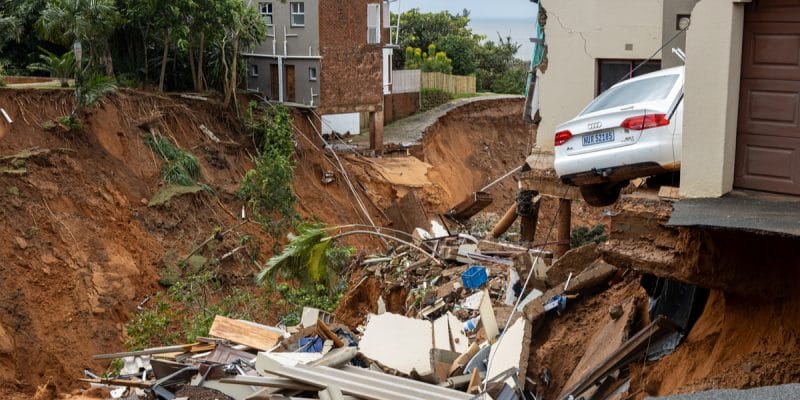 The Ivorian Ministry of Hydraulics, Sanitation and Hygiene has just launched the operation "To save my life, I leave the risk areas". Limited to the city of Abidjan, the operation consists in demolishing houses located in 54 sites at risk of flooding.

A little more than ten houses were demolished for about 80 people protected from possible floods and landslides during the rainy season. This is the result of the first act of the operation called “To save my life, I leave the risky areas”, launched on Tuesday 7 June 2022 in the town of Abobo, more precisely in the Clouétcha district, north of Abidjan, the economic capital of Ivory Coast.

Announced several months ago, the initiative of the Ivorian Ministry of Water, Sanitation and Hygiene concerns 54 sites listed on the territory of the Autonomous District of Abidjan, specifically in the councils of Attécoubé, Adjamé, Anyama, Abobo, Treichville, Cocody, Bingerville, Port-Bouët and Yopougon.

“It will involve the demolition of all constructions in storm basins, talwegs and on sewage and drainage works. The operation also aims to clean all the gutters and obstructed structures, in order to ensure the safe drainage of rainwater and avoid deadly floods,” explains Bouaké Fofana, the Ivorian Minister of Hydraulics, Sanitation and Hygiene.

The evacuated people are being housed at the state’s expense, either in host families or in requisitioned hotels not far from the demolition sites. The operation, the overall cost of which is estimated at 2.5 billion CFA francs (or 3.8 million euros), will last throughout the second half of 2022 and will be secured by the public force.

The fight against hydro-climatic risks such as flooding has become a permanent concern in Ivory Coast. In September 2021, the Ivorian government obtained a €48 million loan from the African Development Bank (AfDB) for a project to reduce the frequency of flooding in Abidjan. The Sanitation and Living Environment Improvement Project for the Autonomous District of Abidjan (PAACA) will allow for the development of infrastructure, notably the rehabilitation and extension of sanitation networks, the construction of drainage canals and the building of lifting stations.