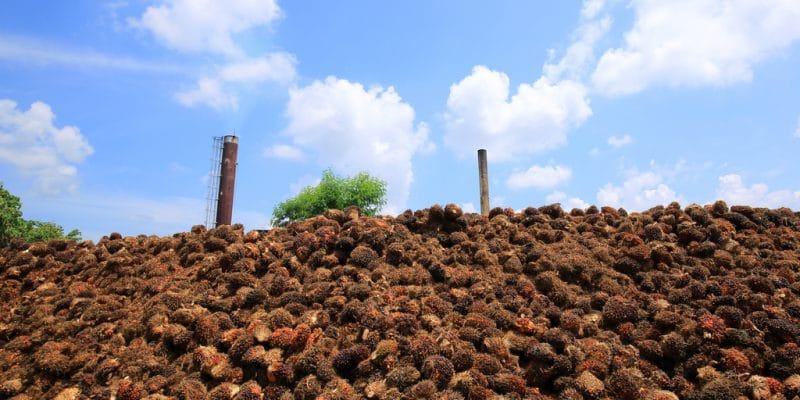 A concession contract has recently been signed between the government of Ivory Coast and the consortium in charge of the project to build a biomass power plant in Ayebo in the south-east of the country. The plant, called Biovéa, will produce electricity from oil palm waste.

A new step has been taken in the construction project for the Biovéa biomass power plant in Ivory Coast. A concession contract has recently been signed between the government of Ivory Coast and the company Biovéa Énergie, which is carrying out the project. It is 40% owned by the giant Électricité de France (EDF) and 36% by Meridiam, a French company specialising in the development, financing and management of infrastructure projects. Biokala, the subsidiary of the large Ivorian industrial group Sifca, holds the remaining shares (24%).

“All the conditions necessary to make the project a success have been accepted by the various partners. This signature is the key element of the economic model of this project, which includes the distribution of risks and responsibilities and defines the role of each actor, including the government,” explains Valérie Levkov, EDF’s Africa, Middle East and Eastern Mediterranean Director.

As part of the Biovéa biomass power plant project, EDF is responsible for the construction of the installation. Biokala will be responsible for managing the biomass supply chain. In this case, it is oil palm waste. The company will source its supplies from 12,000 farmers. The residues will be transported to the plant site in Ayebo in the south-east of Ivory Coast.

“We will buy the waste from farmers who make a living from their palm plantations and food production. At the same time, we will improve oil palm yields, producing nearly 13,500 tonnes of potassium-rich ash as a fertiliser to be redistributed to growers,” explains Valérie Levkov.

As for Meridiam, its role will be to ensure the financial stability of the project. It will require an investment of 129 billion CFA francs, representing almost 200 million euros. The project is supported by Proparco, the subsidiary of the French Development Agency (AFD) in charge of private sector financing, and also by the Dutch Development Finance Corporation (FMO).

The consortium led by EDF plans to start construction of the plant in mid-2020 for delivery in 2023. It will have two units of 23 MW each. All the installations will then have a capacity of 46 MW. Electricity will be produced by eliminating 480,000 tonnes of oil palm waste. It will then be sold to the Electricity Company of Ivory Coast (CIE) for a period of 25 years under the power purchase agreement. The CIE, which is also the subsidiary of the Eranove group will purchase 1 kWh of electricity at 62 CFA francs (0.9 cents of euros).