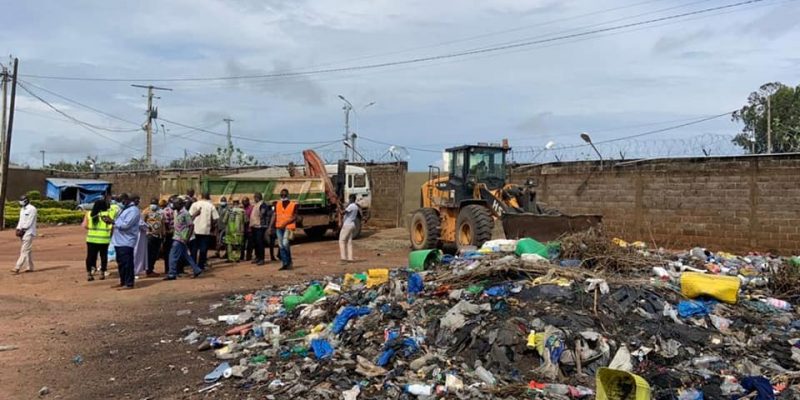 An operation has been launched since October 6, 2021 in Bondoukou, a town located in the Gontougo region of Ivory Coast. The municipal authorities want to eliminate about forty illegal dumps that pollute the environment.

An operation recently launched in Bondoukou, in the Gontougou region, will contribute to the fight against waste pollution. The initiative aims to eliminate illegal dumps in a country where daily waste production per capita is estimated at an average of 0.64 kilograms, according to the Deutsche Gesellschaft für Internationale Zusammenarbeit (GIZ). This is well above the average for sub-Saharan Africa, which is 0.46 kg per day.

The first illegal garbage dump was removed on October 6, 2021. It was located near the Bondoukou Correctional Facility. The other dumps will be eliminated in the coming days and weeks. The objective of the municipality is the elimination of about forty illegal dumps by means of excavators. The first deputy mayor of Bondoukou, Ouattara Bourahima, said that the municipality will be equipped with two garbage trucks. The new equipment should improve the collection of solid waste, which will then be transported to the Bondoukou public dump. According to this official, this site has a unit, which will ensure the treatment of waste, thus avoiding environmental pollution. The waste can be used as fertilizer for agriculture or as biogas.

The Bondoukou City Council has given itself one month to eliminate the illegal dumps in the commune. As part of this operation, the municipality is collaborating with the National Agency for Waste Management (Anaged), which is the regulatory authority for the waste sector in Ivory Coast.