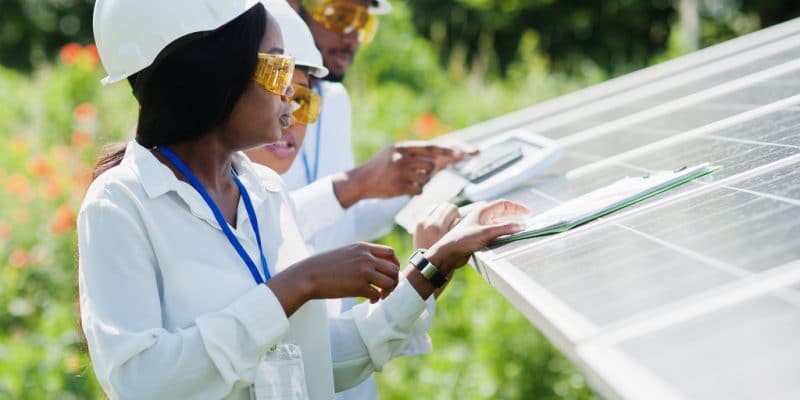 In Ivory Coast, the Deutsche Gesellschaft für Internationale Zusammenarbeit (GIZ), the German cooperation agency, financed the training of 75 young people on photovoltaic solar energy and energy efficiency. The participants in this programme recently received their scrolls after eight months of training.

On November 18th, 2020, a new wave of young Ivorians trained in the fields of solar photovoltaic energy and energy efficiency entered the job market. The 75 technicians are beneficiaries of a training programme funded by Germany via the Deutsche Gesellschaft für Internationale Zusammenarbeit (GIZ), its international cooperation agency.

They were equipped by the Centre des métiers de l’électricité (CME) in Ivory Coast, over a period of eight months (including four months in companies). A few months ago, the 75 laureates held a Brevet de technicien, a technical or scientific baccalaureate, and are now capable of carrying out an energy audit (according to the Nf en 16 247 standard published in 2012), measuring the energy values involved in the audit with the appropriate equipment, and writing an energy audit report. The new technicians can carry out post-application follow-up of the measures recommended in the audit report in order to check energy savings in buildings or industries; as well as the control of installations using photovoltaic solar energy (in terms of the dimensioning, installation and maintenance of the various photovoltaic solar systems).

Other training courses financed by the GIZ

On March 12th, 2020, the General Confederation of Enterprises of Ivory Coast (CGECI) signed a cooperation agreement with GIZ for the capacity building of small and medium enterprises (SMEs) on renewable energies and energy efficiency in Ivory Coast. This training has increased the availability of a “qualified workforce” in this West African country. Among other things, companies were trained to disseminate solar and energy efficiency technologies.

The Ivorian government wants to meet the challenges of electrifying all the country’s localities by 2025. It also wants to increase the share of renewable energy in the country’s electricity mix to 42% by 2030.