Homepage » How geothermal energy is diversifying the energy mix in East Africa
This article is part of the dossier
SOLAR, WIND, GEOTHERMAL, GREEN HYDROGEN...AFRICA'S TIME TO CHOOSE 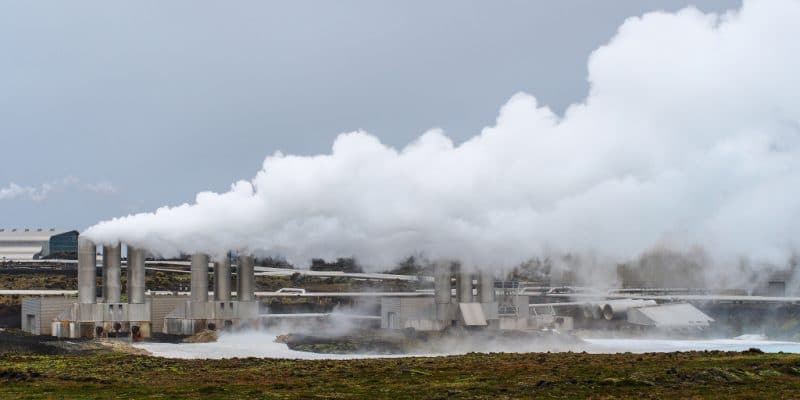 East Africa is the main area of exploitation of geothermal heat on the African continent. Thanks to this natural heat from under the Rift Valley, Kenya has become the leading producer of geothermal energy on the continent. Other countries in the sub-region are trying to catch up without any concrete achievements for the moment. But then, what is geothermal energy? What are the other uses of the geothermal resource?

If the Rift Valley abounds in such a geothermal potential, it is because this region is crossed by a continuous tectonic fault that stretches over 3,000 km from north to south. The zone extends over 40 to 60 km wide, from Eritrea to Mozambique, passing through the Great Lakes region. This geological specificity means that the region has a high level of volcanic activity, and the magma, which can easily reach 1,000°C, is found relatively close to the subsoil. 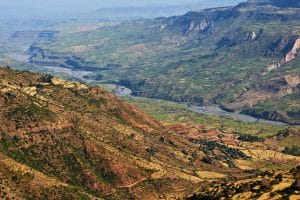 The natural heat of the underground can be exploited to produce electricity. The African Development Bank (AfDB) estimates the geothermal potential in the Rift Valley at 20,000 MWe, where this clean energy is already partially exploited. Less intermittent than other renewable energies, geothermal energy can diversify the electricity mix of a country like Kenya.

Producing electricity by exploiting the natural heat of the underground

The operating principle of a geothermal power plant is simple. In this volcanic region, which benefits from the simultaneous presence of heat and water, the depth of a geothermal well can vary between 2,000 and 3,000 meters. These wells concentrate hot water that can reach 300°C. The pumped hot water loses its pressure and gradually turns into steam. 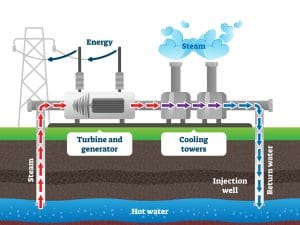 Once separated from its impurities, the pressurized steam turns a turbine. This mechanical energy is transformed into electricity via an alternator. The production of this electricity does not emit carbon dioxide (CO2), unlike thermal power plants that run on heavy fuel oil or coal. Most of the operational geothermal power plants in Africa are located in Kenya, where very high temperature deep geothermal energy has conditions that make it particularly cost-effective.

Geothermal energy is at the centre of Kenya’s energy policy. The country’s first geothermal power plant, Olkaria I, went into operation in 1981. The sector became more structured with the establishment by the Kenyan government in 2008 of the Geothermal Development Company (GDC). This company, wholly owned by the Kenyan government, is responsible for the development of surface geothermal energy, including exploration, drilling, exploitation and the sale of steam to companies to generate electricity for the national grid.

To date, Kenya has an installed capacity of 2,819 MW, according to Power Africa. Of its power mix, 828 MWe comes from geothermal plants in the west of the country. Geothermal energy is thus taking the lead over fossil fuels, which now supply only 749 MW to Kenya Power’s electricity network. Ahead of hydroelectricity (826 MW) and other sources of clean energy exploited in the country, geothermal energy allows Kenya to accelerate its electrification.

Djibouti and Ethiopia get in on the act

Geothermal power is primarily produced by Kenya Electricity Generating Company (KenGen), Kenya’s largest power producer with an installed capacity of 1,817 MW. The company, which is 74% owned by the Kenyan government, operates a fleet of five geothermal power plants (Olkaria I, Olkaria II, Olkaria IV, Olkaria I units 4 and 5 and Olkaria V) with a capacity of 713 MWe, more than twice the installed capacity of a country like Burkina Faso (344 MW). Kenya’s geothermal capacity is expected to increase further with the granting of concessions to other Independent Power Producers (IPPs) for the exploitation of steam at the Akiira, Menengai, Baringo-Silali and Korosi geothermal sites. Kenya’s geothermal potential is estimated to be between 7,000 and 10,000 MWe.

Kenya has thus become an undisputed regional leader, with its experienced companies operating in other East African countries to support efforts to exploit their geothermal potential. Like Kenya, Ethiopia is looking to the private sector to develop geothermal energy at its Tulu Moye and Corbetti sites. These projects are of interest to many investors, including France’s Meridiam, which has partnered with Iceland’s Reykjavík Geothermal to operate the Tulu Moye site, which will produce 150 MWe of electricity in two phases.

Alongside Ethiopia, Djibouti also wants to exploit its geothermal potential. The development of this clean energy is the responsibility of the Djibouti Office for the Development of Geothermal Energy (ODDEG), which has started operations at the Galla Le Koma site near Lake Assal. The government agency has entrusted the realization of the first geothermal wells to the Kenyan flagship KenGen which started operations in July 2021. This is a pilot project that will lead to the construction of a 15 MWe geothermal power plant. The objective is to test the potential of Lake Assal.

Through this project, Djibouti is beginning to exploit its geothermal resources. The Djibouti government plans to entrust the further development of the geothermal exploitation program in the Lake Assal region to the Independent Power Producers (IPP).

Djibouti is located in the Horn of Africa at the meeting point of three rifts, namely the Red Sea, the Gulf of Aden and the East African Rift. This makes Djibouti a volcanic land, where the molten rocks are close to the ground, abounding in chimneys, fumaroles, geysers and other hot springs. In addition to the Assal area, the Lake Abbe region is also promising. According to ODDEG, the two geothermal sites have a potential of 5,000 MWe.

Efforts in Zambia and Tanzania

The Rift Valley also covers parts of Uganda, Tanzania and Zambia, although the exploitation of the geothermal potential of these East African countries is still slow to materialize. Nevertheless, in March 2021, the Tanzania Geothermal Development Company (TGDC), a subsidiary of the state-owned Tanzania Electric Supply Company (TANESCO), announced its intention to accelerate the exploitation of Tanzania’s geothermal potential, estimated by the authorities at 5,000 MWe.

TGDC plans to produce 200 MWe of geothermal energy over the next four years. On the Zambian side, the first geothermal project is planned for the Bweengwa site where the Renewable Energy Performance Platform (REPP), a platform dedicated to financing renewable energy sponsored by the British government, has already injected $3.2 million.

Direct use of geothermal steam

Kenya is the leading producer of geothermal electricity in Africa and is also looking to make direct use of the steam. Among the opportunities for this resource is the agricultural sector. And the GDC is doing its part. With the support of Iceland, one of the world’s largest producers of geothermal heat (9.3 million MWh per year), the government agency has commissioned a plant in Menengai that can dry 20 tons of grain per day. It should allow the reduction of agricultural production losses very often linked to bad weather during the rainy season.

As part of its policy to diversify the uses of geothermal energy, GDC has signed a partnership agreement with the Nakuru County government to create a joint venture that will develop an industrial park near the Menengai geothermal site. GDC hopes to sell steam for industrial use. Geothermal heat is also used to heat plants in greenhouses and to heat water in fish farms. In the agro-industry, the steam produced by the geothermal wells can be used to pasteurize milk.

In tourism, geothermal heat can also be used for spa development. In households, this resource can be used to provide hot water or to cook food. Similarly, all industries requiring heat can obviously green their processes with geothermal energy.