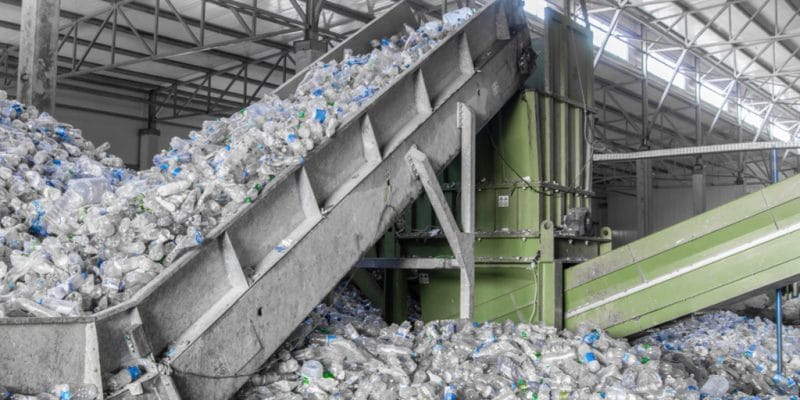 Zoomlion, the company that manages waste in several cities in Ghana, has recently commissioned a recycling plant in the city of Accra. With a daily capacity of 200 tonnes, the plant transforms waste into fertiliser and raw materials for industry.

The city of Accra, the capital of Ghana, now has a waste recycling plant. It has just been commissioned by Zoomlion Ghana Limited, the company in charge of waste management. The site was built in partnership with Messers Komptech Limited, an Austrian supplier of waste recycling equipment. Zoomlion’s managers present the plant as one of Africa’s most modern plant.

In concrete terms, the machines installed by Messers Komptech are used to separate, crush and process two equivalent tonnage flows. On the one hand, organic waste recovered in a biological way and plastic waste, each of which represents 100 tonnes produced per day, or 200 tonnes in total. A capacity in line with the demand of the city of Accra, with a population of more than 2 million inhabitants, which produces around 940 tonnes of waste per day. In the new facility, the waste will be transformed into fertilisers for agriculture and raw materials for use in industry.

According to Zoomlion officials, nearly 80% of the solid waste entering the new plant is recycled. “The objective is to reach 100% in the coming months,” says Joseph Siaw Agyepong, Zoomlion’s Executive President. The construction of the waste recycling plant required an investment of $20 million. It is part of a vast government project to provide major Ghanaian cities with waste sorting and recycling plants.

In all, 16 plants similar to the one in Accra will be built in Ghana. Equipment for the construction of three more recycling plants has already arrived in the country. They will be installed in the Tamale, Kumasi and Takoradi cities for a commissioning announced for August 2019. The government estimates that the 16 factories will supply 216,000 bags of organic fertiliser each year, which will have a significant impact on Ghana’s autonomy over this agricultural input.

To succeed in this ambitious project, Zoomlion is focusing on optimizing waste collection operations. Hence the “The Bin Solution” project, launched by this company, which employs more than 3,000 people and manages more than 85,000 workers through various forms of public-private partnerships (PPPs). “The Bin Solution” consists in offering garbage cans at home. With the support of about 100 young people, Zoomlion is distributing one million garbage cans across the country.

In the same vein, the government wants to integrate digital technology into waste management. For example, in partnership with the World Bank, it launched the “Sanitation Hackathon” competition to select the best mobile application to improve waste management in Ghana.