Homepage » GHANA: the country relies on the IAEA’s expertise to manage its radioactive waste

GHANA: the country relies on the IAEA’s expertise to manage its radioactive waste 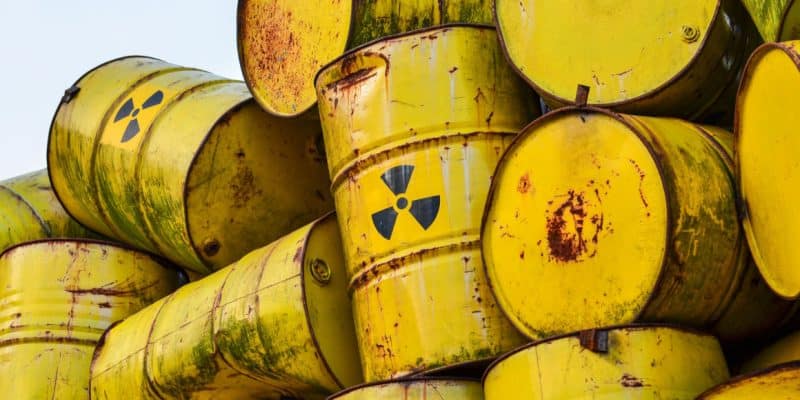 Ghana will implement its radioactive waste management policy in collaboration with the International Atomic Energy Agency (IAEA). This will be in the framework of an international project of the agency, which was recently joined by the West African country for the overall strengthening of nuclear safety and radiation protection at the national level.

Under this Canadian-funded project, Ghana will receive technological and technical support for the construction of radioactive waste management facilities.

The system used in the future radioactive waste treatment plants will be a borehole system. According to Heather Looney, Head of the Nuclear Security of Materials and Facilities Section at the IAEA’s Division of Nuclear Security, the advantage of this system is that it allows for permanent disposal of the waste, rather than a storage solution. Nora Zakaria, Head of the IAEA’s Waste Technology Section, emphasised the affordability of this radioactive waste disposal process compared to other processes, such as geological disposal.

The completion of an approved radioactive waste disposal facility in Ghana will enhance the human and technical capacity for the country’s nuclear power programme, which will enable the development of a nuclear power plant to meet the growing demand for electricity. Nuclear power which depends on a fissile fuel, uranium, the ore of which is contained in the earth’s subsurface.

In December 2014, the IAEA gave the green light to Ghana’s initiative, despite debates on the reliability of this energy source, which would produce radioactive waste dangerous to human and environmental health (contamination of rivers, oceans, groundwater, air, etc.), unlike renewable energy. Apart from the waste issue, nuclear energy would require more expensive connections to networks. On the other hand, it would offer an exceptionally low carbon footprint.

While waiting to address these various international concerns, the appeal of nuclear power continues to grow. On the African continent, Kenya, Egypt, Morocco, Niger, Nigeria and Sudan have already engaged with the IAEA to assess their willingness to embark on a nuclear programme. According to the agency, Algeria, Tunisia, Uganda and Zambia are also considering the possibility. Currently, South Africa has the only commercial nuclear power plant on the continent. The Koeberg plant has two nuclear reactors with a combined capacity of 2 000 MWe.