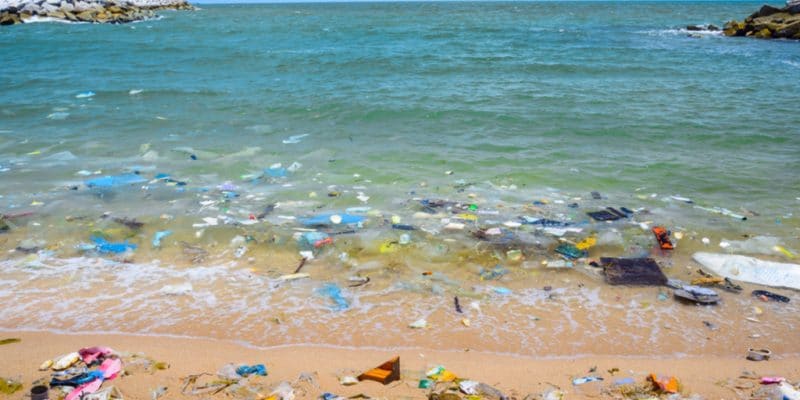 To win the fight against marine plastic pollution, Ghana will have to make more efforts. According to a document presented recently by the World Bank, these efforts will have to be translated into the mobilization of at least 4.3 billion dollars from public and private investors.

The World Bank’s Country Director for Ghana, Pierre Laporte, made these recent revelations. The fight against marine pollution by plastic in this country will require a significant investment, at least 4.3 billion dollars. Pierre Laporte made these remarks on October 20th, 2021, during an online roundtable discussion on unlocking the economy of the plastics sector in Ghana. The official explained that as a first step, the Ghanaian government could dedicate $1.3 billion to set up a comprehensive system that would eliminate all traces of plastics in Ghana’s coastal areas by 2040.

In fact, in this West African country, 3,000 tons of plastic waste clog the waterways every day, causing flooding and destroying biodiversity. The phenomenon has been further exacerbated by the Covid-19 pandemic, which has slowed down recovery activities. Of this waste, only 3% is recycled.

In view of these figures, the World Bank is proposing that the Ghanaian government insist on the treatment of this waste once it has been collected, in order to prevent it from ending up back in the oceans. This sustainable plastic management component will require an operational investment of $3 billion, according to the Bank’s Country Director in Ghana, Pierre Laporte. The sustainable management of plastic waste offers several possibilities, the manufacture of paving stones for construction, plastic packaging or the production of electricity from various technologies such as pyrolysis. The process consists of heating plastic waste to over 400°C in a tank to obtain a synthesis gas. The fuel is then used to power electrical generators.

Pierre Laporte points out that the $4.3 billion required could be raised from public and private investors. In this context, the official called on everyone to mobilize as soon as possible, given the urgency of the situation.