Homepage » GHANA: Government calls for help to combat the use of mercury

GHANA: Government calls for help to combat the use of mercury 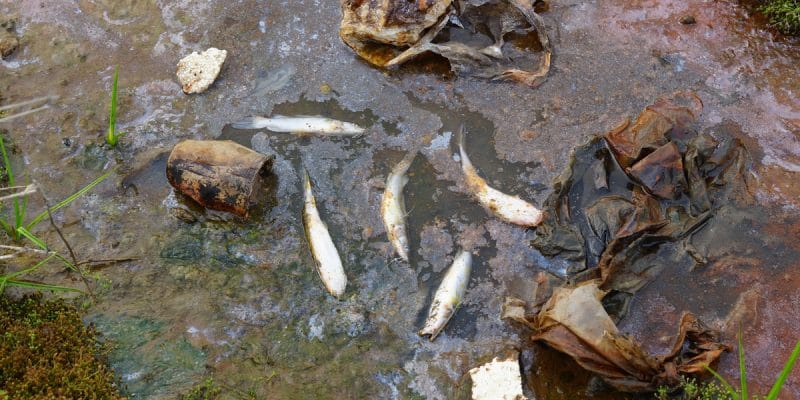 The Ghanaian authorities are seeking financial and technical support to protect the environment and human health from the ravages of mercury. This need has been submitted to the secretariat of the Minamata Convention on Mercury. The plenipotentiaries of this convention, which works to eliminate mercury from the environment, will meet for the third time from November 25 to 29, 2019 in Geneva, Switzerland.

The Ghanaian government is committed to implementing the provisions of the Minamata Convention. Named after the disease, which has affected thousands of people in Minamata Bay, Japan, for several decades, who suffered severe and persistent physical and neurological symptoms from mercury compound poisoning in utero, this global treaty aims to protect human health and the environment from the harmful effects of this heavy metal.

However, Ghana, which has been hit by this scourge, does not have sufficient financial and technical resources to fight the ravages of mercury. This West African country therefore calls for the support of the secretariat of the Minamata Convention on Mercury.

The Ghanaian Minister of Environment, Science, Technology and Innovation, Professor Kwabena Frimpong-Boateng, launched the call on October 15, 2019 in Accra, Ghana’s capital, during the Africa region’s preparatory meeting for the third Minamata Convention conference, scheduled for November 25-29, 2019 in Geneva, Switzerland.

This preparatory meeting provided an opportunity for African member countries of the Convention (31 since Ivory Coast’s accession on October 1, 2019) to deepen their knowledge of the treaty and its implementation. Participants were also briefed on available supports and opportunities for future exchanges and actions.

As a sign of Ghana’s commitment to implement the provisions of the Minamata Convention, Minister Kwabena Frimpong-Boateng announced the establishment by Ghana of a standing committee for the implementation of the Minamata Convention. This includes the implementation of measures to phase out the use of mercury products. “We are working to reduce and, where possible, eliminate the use of mercury and its compounds in artisanal mines,” said the Minister.

The most exposed people in the world today are the 15 million workers who work in gold mines. Ghana’s effort to implement the Minamata Convention could thus meet with a positive response from Rossana Silva Repetto, the Executive Secretary of the Convention, which currently has 114 member countries.

The Minamata Convention on Mercury was signed by Ghana in 2017 and entered into force on the 16th of August of the same year. Apart from francium, mercury is the only liquid metal at ordinary temperature and raises many environmental protection concerns because of its high toxicity to most living things.

Despite control measures, significant amounts of mercury are still emitted from many human activities. Once released into the air, lakes, soils or vegetation, mercury enters the food chain and produces harmful effects on human health and the environment, particularly for species at the top of the food chain, such as humans and other large mammals…