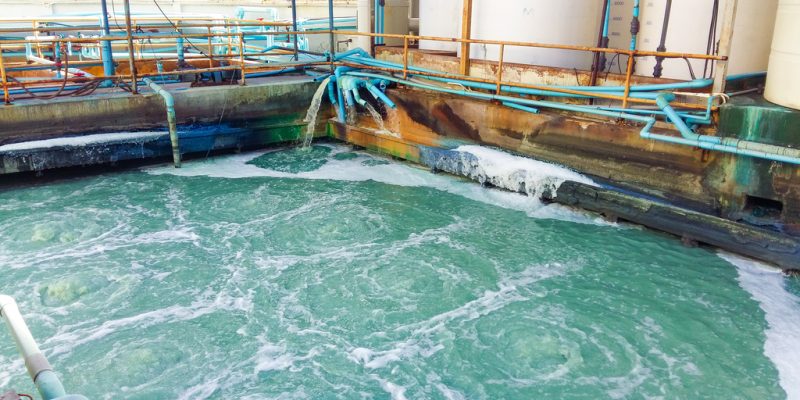 The project to expand drinking water supply capacity in Yendi, in north-eastern Ghana, is getting under way. Exim Bank of India has finally opened a line of credit of 30 million dollars (more than 173 million Ghanaian cedis) after about 2 years of negotiations with the Ghanaian government. Ultimately, the initiative will improve the drinking water supply to the people of Yendi.

The project to extend drinking water supply capacity in Yendi is being launched 59 years after the first drinking water pipes were installed. The Ghanaian government has recently signed a financing agreement with Exim Bank of India, after approximately two years of negotiations. The Bank of India has thus decided to open a line of credit of 30 million dollars, the equivalent of more than 173 million Ghanaian cedis.

According to the authorities of this West African country, the first drinking water supply system in Yendi, a locality located in the north-east of Ghana, has not been rehabilitated since it was started in 1941. As a result, the facility is no longer functioning normally, negatively impacting the lifestyle of the local people and the surrounding area. On the other hand, the Government of Ghana also justifies the implementation of this drinking water supply project in Yendi by the population and economic growth.

A project carried out by Wapcos

Work to extend drinking water supply capacity in Yendi began on July 29, 2020. They are being carried out by Wapcos, an Indian supplier of integrated and customized solutions for the sustainable development of water, electricity and infrastructure projects. The project involves pumping water from the Daka River, which runs through northeastern Ghana before flowing into the Volta River. The water will then be conveyed through a 25 km long pipeline. The water will first stop at a water treatment plant with a capacity of 15,000 m³a per day. Once treated, the water will then be stored in a reservoir.

Before being consumed by the population, the water will have to pass through a booster station that replaces the force of gravity from a water tower and allows the water to be “pushed” towards the user. According to the Ghanaian authorities, the drinking water project in the town of Yendi will also have to rehabilitate and extend the distribution networks over 50 km.

Ultimately, the drinking water system will provide the inhabitants of the municipality of Yendi and its surroundings (Ghani, Sambu, Adobo, Sokoli, Nakpachei, Gbungbalaga and Kuga) with 15,000 m3 of water per day in order to meet the demand for drinking water by 2040.