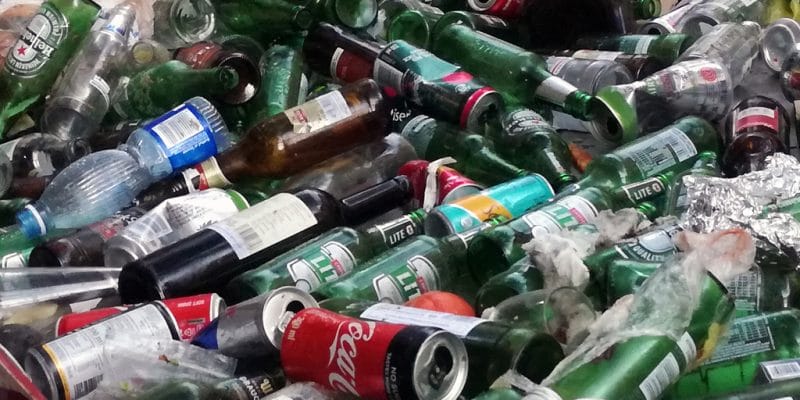 The brewery company of Gabon (Sobraga) wants to limit the waste of resources in Gabon. The company plans, in collaboration with Name Recycling, to go door-to-door to collect brewery waste in the country for reuse.

The Gabonese Brewery Company (Sobraga) wants to recycle more brewery waste in Gabon. To achieve this goal, the company plans, in collaboration with Name Recycling, a Belgian-Cameroonian company responsible for developing solutions for the collection, treatment and recycling of plastic waste, to go door-to-door to collect brewery waste. The waste collected at the sales outlets and in homes will then be recycled by Sobraga and the company Name Recycling. Through this initiative, Sobraga wants to show the importance of the circular economy. It is an economy that proposes to rethink consumption and production patterns in order to limit the waste of resources.

The Sobraga is currently thinking about concrete mechanisms that would allow the implementation of a circular economy in the country. In order to give impetus to this sustainable growth dynamic in the waste sector in Gabon, in-depth work will have to be done upstream. “It will be necessary to make a diagnosis of the existing situation, identify the players, know how the brewing sector is organised and how it works, have the appropriate statistics and propose strategies for revalorizing waste,” explains Rostand Ndong Allogo, the chief of staff of the High Commissioner for the Environment and the Living Environment (Hcecv) in Gabon.

Just before this new project, Sobraga and the company Name Recycling set up a project to combat plastic waste in Gabon in April 2019.

Thanks to this project, the company Name Recycling collected several tons of plastic waste in the country. The waste collected came partly from production waste from the Sobraga factories, but also from the mini-company Recycling & Collection. It is a company that Sobraga has been supporting since 2015.

Name Recycling’s approach consisted in carefully washing the collected bottles to remove all traces of liquid, sand, dust or dirt. After washing, the plastic bottles were crushed and transformed into flakes. The flakes, once washed, were then passed through an extruder to produce pure granules.

As part of this plastic waste control project, waste collection bins were also installed in the country.