GABON: The country obtains carbon credit certification from the UNFCCC 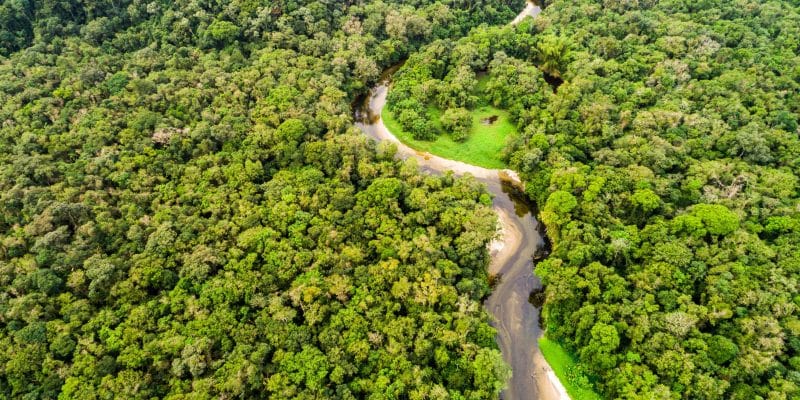 Gabon has just been certified for carbon credit by the United Nations Framework Convention on Climate Change (UNFCCC). The government welcomes a step forward for the marketing of carbon credits in Gabon.

On Friday 7 October 2022, the United Nations Framework Convention on Climate Change (UNFCCC) published́ its report on the technical analysis of Gabon’s activities over the period 2010-2018 on reducing emissions from deforestation, forest degradation, as well as conservation of forest carbon stocks, sustainable management of forests and enhancement of forest carbon stocks (REDD+).

The findings of the UNFCCC report indicate that over the period 2010-2018, Gabon has reduced its CO2 emissions by 90.6 million tonnes compared to the average emissions between 2000-2009. Based on its status as a High Forest Cover Low Deforestation (HFLD) country, the UNFCCC validated́ 187,104,289 tonnes of REDD+ credits for Gabon. They further attest that the data and information provided by the country are “consistent with the guidelines” in force and “transparent”. Based on these findings, Gabon is certified for REDD+ credits for the period 2010-2018.

For Gabon, obtaining this certification is a major turning point. From now on, Gabon, a country committed to climate and biodiversity protectioń, will be able to enhance its determined action in favour of climate preservation by drawing a significant share of its resources from the protection and sustainable management of the forest, and thus accelerate the preparation of the post-oil era. “This is an important step that paves the way for their commercialisation. For our country, which will now be able to draw part of its resources from the protection of the forest, this is a historic moment,” said Gabonese President Ali Bongo Ondimba on social networks.

Carbon credits “will benefit all Gabonese

Reacting to his country’s certification for carbon credits by the UNFCCC, the Gabonese Minister of Water and Forests announced that the revenue from the sale of carbon credits would benefit all sectors of the country.

“Assuming $30 per tonne, I expect that in the post-Glasgow world, Gabon will generate 100 million tonnes of net carbon sequestration credits per year and sell them for $20 to $30,” explains Minister Lee White, before specifying that “these funds will be distributed as follows: 10% reinvested in forest management; 15% for rural communities; 25% for the private sector; and 25% for the public sector; 15% for rural communities; 25% for the Sovereign Wealth Fund to be reinvested for future generations; 25% to service Gabon’s debt; 25% in the national budget for education, health and climate resilience…”.