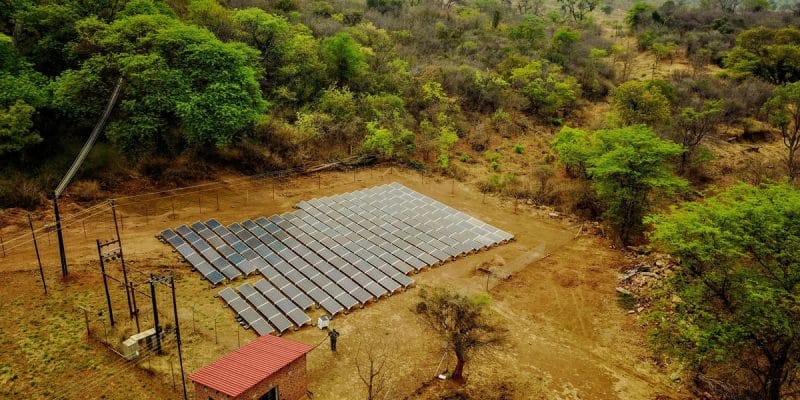 Construction work on 8 hybrid solar power plants with a total capacity of 2.2 MW will start in Gabon in a few months. The project is financed and built by Ausar Energy, a subsidiary of Engie.

Gabon confirms its ambition that renewable energies should constitute 85% of its energy mix by 2025. The construction in the coming months of 8 solar power plants with a cumulative production capacity of 2.2 megawatts will ultimately save 1 million litres of fuel oil per year, i.e. 2,600 tons of CO2 and 30% of the expenses related to electricity production in Gabon.

Nearly 100,000 households will be supplied with solar energy

The expected overall capacity of 2.2 megawatts will be used by 80,000 to 100,000 households in Makokou, Ovan, Mékambo, Booué (in Ogooué Ivindo, in the north-east of the country), Minvoul, Bitam, Medouneu (in Woleu Ntem, in the south) and Ndjoléu (in Middle Ogooué, in the west). The 8 hybrid solar power plants will offer an optimal mix between solar energy and thermal energy depending on the installed capacity and load demand; an energy hybridisation, which aims to reduce production costs by more than 30%.

The plants will be operational from September 2019, according to the promoter, Ausar Energy, which will mobilise a total investment of 4 billion CFA francs, or about 6 million euros. The realisation of this ambitious project is the fruit of a public-private partnership, established on August 6, 2018 in Libreville, the Gabonese capital. The two contracts were signed between a consignment and deposit fund known in French as Caisse de Dépôts et de Consignation (CDC) and Ausar Energy to set up these infrastructures, and between CDC and the Gabonese energy and water company (SEEG) to lease these power plants. “Through this project, the CDC is fulfilling its role as an adviser for public policies, in particular by promoting the transition to a resilient, low-carbon economy, as advocated by the head of state, Ali Bongo Ondimba,” said Herman Nzoundou Bignoumba, CDC CEO, at the signing ceremony.

Ausar Energy, for its part, expresses through this new solar project in Gabon, its desire to expand in Africa. Founded in 2015, the African subsidiary of the French group Engie (producer and manager of low and carbon-free power plants in 100 countries where it employs 150,000 people) is also negotiating projects in Cameroon, Ivory Coast and Mauritania.