Homepage » GABON: A foundation to reinforce security around Lékédi Park

GABON: A foundation to reinforce security around Lékédi Park 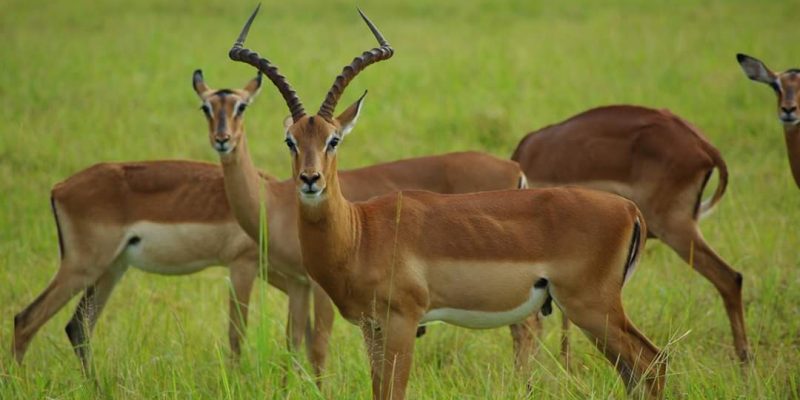 Established on 14,000 hectares, the Lékédi park located near the town of Bakoumba is the only secure animal park in Gabon. This status makes the nature reserve an ideal place for scientific research. In this context, the Eramet Group and its subsidiary Comilog inaugurated the Lékédi Biodiversity Foundation on June 12th, 2021. The structure will strengthen security around the Lékédi park and serve as a framework for scientific research.

In Gabon, Lékédi Park is far from being safe from human activity. While security around the nature reserve near the town of Bakoumba is good, the situation could quickly deteriorate due to multiple threats, including poaching. In 2020, the Gabonese Minister of Water and Forests, the Sea, the Environment in charge of the Climate Plan and the Land Allocation Plan, Lee White, revealed that poaching has decimated 1/3 of the elephant population in Gabon over the last 15 years.

The new foundation created by the mining and metallurgy group Eramet and its Gabonese subsidiary Comilog will contribute to the development of new strategies to strengthen security around the Lékédi park. Called “Lékédi biodiversité”, the structure headed by Eric Willaume will also help rehabilitate orphaned primates, reintroduce threatened species into the natural environment and develop scientific research.

The interest of scientists in the Lékédi Park is justified by its dense local fauna, made up of primates, but also by its fewer common species such as bush pigs, harnessed guibs or forest buffaloes. The great attraction of the nature reserve is also the mandrills (500) and rare and endangered species such as the giant pangolin, golden cats, panthers, false gharial and about 100 bird species. More than 1,800 tourists come each year to admire this biodiversity.

The Lékédi Park was created in 1993. The natural area covers 14,000 hectares and is managed by the Société d’Exploitation du parc de la Lékédi (Sodepal), a subsidiary of the Compagnie minière de l’Ogooué (Comilog) based in Moand. In collaboration with non-governmental organisations (NGOs), Sodepal also raises awareness among young people about the importance of preserving biodiversity. “In 2020, six awareness-raising missions for the populations neighbouring the Lékédi park were organised with the support of the Gabonese Ministry of Water and Forests. At least four major anti-poaching operations have made it possible to destroy clandestine camps and gold panning camps in the park,” says Eramet.