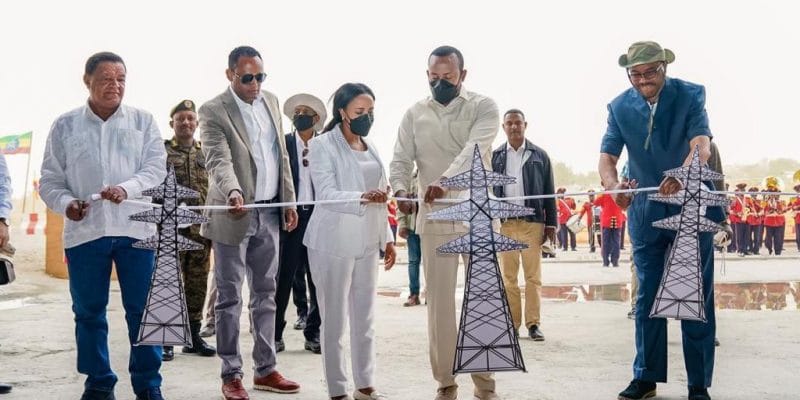 The Ethiopian authorities recently inaugurated the first unit of the hydroelectric power station of the Great Ethiopian Renaissance Dam (GERD). This first turbine delivers a power of 375 MW.

Addis Ababa is not wavering in the face of pressure from Egypt, Sudan and part of the international community over the construction of the Great Ethiopian Renaissance Dam (GERD). The project has reached a milestone with the commissioning of the first Francis turbine at the hydropower plant located 500 km northwest of the Ethiopian capital Addis Ababa in the Benishangul-Gumuz regional state.

The 375 MW first turbine of the GERD hydropower plant feeds its output into Ethiopia’s national power grid. The hydroelectric dam is being built on the Blue Nile, a river that originates at Lake Tana in the Ethiopian highlands and combines with the White Nile from the Great Lakes region to form the Nile. The GERD project is being carried out by Webuild, formerly Salini Impregilo. Italy’s leading construction and public works group is building a 175 m high and 1,800 m long gravity dam.

A mega project weakened by tensions

The GERD will eventually be able to store 79 billion cubic meters, nearly twice the capacity of the Three Gorges Dam (45.3 billion cubic meters) in China, considered the world’s largest hydroelectric development, with an installed capacity of 22,500 MW. The construction of the massive structure (GERD) caused the displacement of 20,000 people. And in the opinion of many observers, the project has not been subject to an environmental and social impact assessment. The countries located downstream of the Nile were not consulted.

And it is this situation that is crystallizing the tensions around the project. Sudan and Egypt fear a decrease in the flow of the Nile, in a local context marked by water stress. However, Egypt depends on 97% of the Nile’s water for its drinking water supply and agriculture. Negotiations in several international forums have not yet borne fruit, if not condemnations and calls to avoid military escalation between the three belligerents.

For the time being, Ethiopia is continuing the construction of its hydroelectric dam, which will be equipped with 13 Francis turbines capable of producing 5,150 MW, or an annual production capacity of 15.76 TWh. The turbines will be installed in two power plants built on both banks of the Blue Nile. This mega hydroelectric project will require a total investment of $5 billion, equivalent to the gross domestic product (GDP) of a country like Somalia, or $4.9 billion in 2020 according to the World Bank.