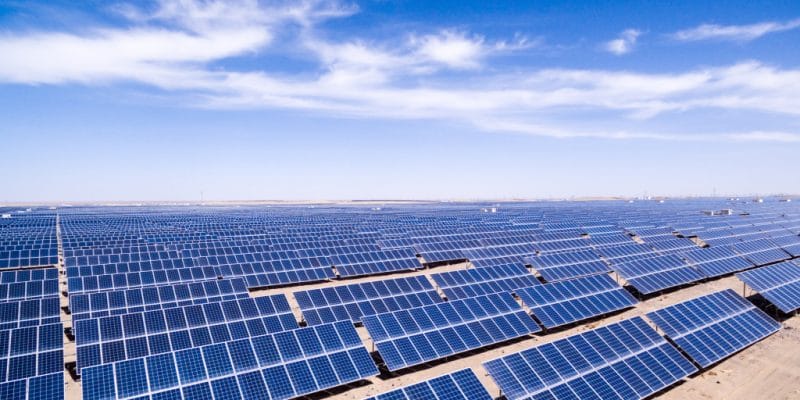 The Ethiopian government has announced an ambitious plan to invest $40 billion in the construction of new renewable energy production infrastructures over 10 years. This electricity produced from hydroelectric, wind, solar and geothermal plants will be exported mainly to East African countries.

Ethiopia wants to become a major player on the African energy scene. The Ethiopian government wants to implement a 10-year plan to produce and export green electricity to the Horn of Africa and the whole of East Africa. As part of this strategy, Addis Ababa expects to invest $40 billion in 71 renewable energy projects.

#Ethiopia makes plans to become #Africa’s clean energy hub https://t.co/lYBSfNRa36 Ethiopia is on course to become a net exporter of energy as it unveiled a $40bn roadmap to build 71 power projects over the next ten years. pic.twitter.com/GsEoyE7elf

The plan is ambitious for this East African country, which has an installed capacity of 4,965 MW according to Power Africa. But this capacity is expected to double with the commissioning of the Grand Ethiopian Renaissance Dam (GERD), which will have a capacity of 6,450 MW. The Ethiopian government will continue to develop its hydroelectric infrastructure as part of its new plan. Addis Ababa plans to build 16 hydropower dams in the coming years.

The development of wind energy

Wind power will be an important part of the Ethiopian government’s plan. Twenty-four wind power projects will be implemented in the coming years. Ethiopia is just beginning to develop its wind energy potential, with the first project being implemented about 150 km south of the capital Addis Ababa, near the town of Iteya in Oromia Regional State. The Assela wind farm, built by Siemens Gamesa Renewable Energy, will have a capacity of 100 MW.

Ethiopia also plans to expand its installed solar energy capacity, with at least 14 projects over the next 10 years. This country in the Horn of Africa is lagging behind in solar energy production. Ethiopia is not yet producing solar energy on a large scale, although the first projects will be developed under the Scaling Solar programme of the International Finance Corporation (IFC), the private sector financing arm of the World Bank Group.

On the other hand, Ethiopia has already started to exploit its geothermal potential in the Rift Valley, with projects underway in Tulu Moye, Aluto Langano and Corbetti. Addis Ababa wants to implement 17 geothermal projects in the coming years. Ethiopia expects to have an installed capacity of 35,000 MW by 2037. Much of this electricity will be used for foreign trade, particularly in the Horn of Africa and more widely in East Africa. Addis Ababa will also have to work on developing access to electricity for its population, which is currently only 45% (32% in rural areas) according to Power Africa.