Homepage » ETHIOPIA: Addis Ababa builds a dam on the Anger River, a tributary of the Nile

ETHIOPIA: Addis Ababa builds a dam on the Anger River, a tributary of the Nile 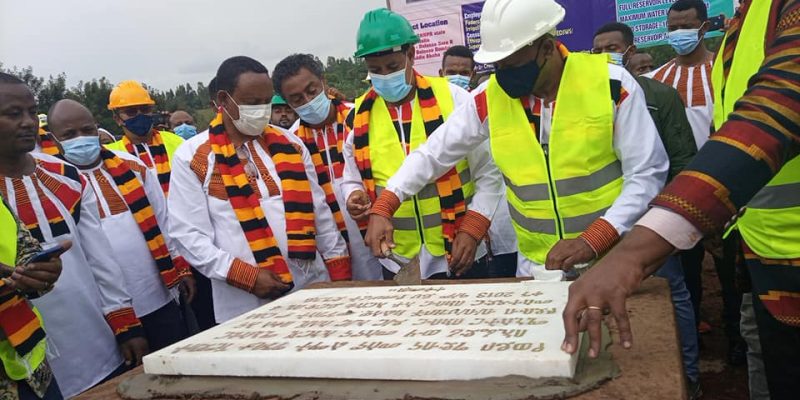 The Ethiopian government recently broke ground on the construction of a dam on the Anger River, a tributary of the Blue Nile. The dam will be used to irrigate farmland in Oromia Regional State at a cost of more than US$230 million.

As the construction of the Renaissance Dam on the Blue Nile continues to draw the ire of other Nile tributary countries, Ethiopia is launching the construction of a new water reservoir. The facility will be located on the Anger River, a tributary of the Nile. The work was recently launched by the Oromia Regional State Government in the presence of Sileshi Bekele, Ethiopia’s Federal Minister of Water, Irrigation and Energy.

The dam built by Oromia Water Works Construction Enterprise will be 80m high and 1.3km long. The massive structure will be located at Gida Ayana Woreda, in the Welega East area. The facility will be capable of storing 1.3 billion m3 of water. The Ethiopian government estimates that the future dam will provide water for the restoration of at least 14,500 hectares of arable land, benefiting 58,000 farming households in Oromia Regional State.

Concern in the Nile basin

The construction of the Anger Dam will require an investment of 10 billion Ethiopian birr (US$230.4 million), entirely financed by the federal government. The dam will be operational in three years. Logically, the dam will again affect the flow of the Nile, adding to the concerns of other countries dependent on Africa’s longest river (6,650 km), notably Egypt and Sudan.

These North African countries are already at loggerheads with Ethiopia over the Renaissance Dam. Faced with the failure of all diplomatic initiatives to resolve the issue, Cairo and Khartoum appealed this time to the Arab League, which organised a ministerial meeting in Doha, Qatar, on Tuesday June 15th, 2021. At the end of the meeting, the Arab League expressed dismay at Ethiopia’s willingness to continue filling the dam, which will generate 6,450 MW of electricity.

Ethiopia rejected the Arab League’s resolutions, reiterating its willingness to begin the second phase of filling its dam during the next rainy season (July-August). The Arab League intends to take the matter to the UN Security Council.