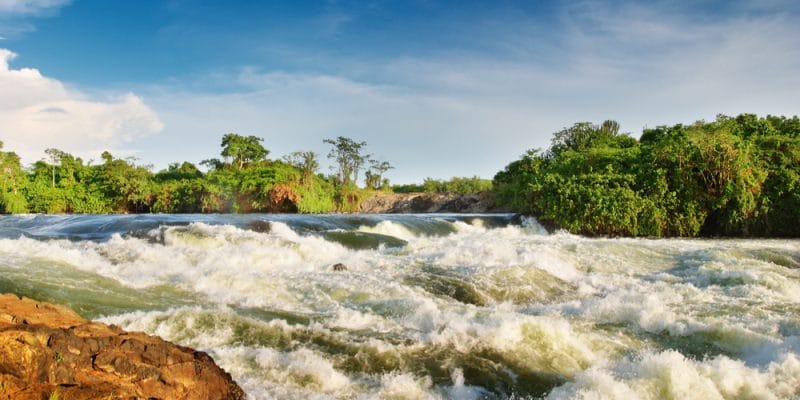 The African continent faces a major energy and ecological challenge, linked to the continent's economic and demographic growth. To provide electricity to their industries and populations, countries often turn to hydropower, a huge potential that is still under-exploited. However, dams impact rivers and local biodiversity, as well as the human populations that depend on them. Hence the need to better take into account the human and environmental factors in hydroelectric dam projects.

In Uganda, the Isimba hydroelectric dam has just been commissioned by China International Water and Electric Corporation (CWE). The infrastructure, with a capacity of 183 MW, is important to the economy of this East African country. Like in Uganda, dam projects are multiplying elsewhere on the African continent. According to a report by the Proceedings of the National Academy of Sciences of the United States of America, “it is estimated that there are 3,700 dams over 1 MW planned or under construction, mainly in developing countries.

Many of these developing countries are in Africa and they are preparing to exploit their hydroelectric potential, to solve the power blackouts faced by their populations and produce more electricity before connecting new homes. It is easy to understand why: hydropower is the largest source of renewable electricity (71% of global renewable energy production), and it is estimated that only 22% of the world’s potential is being exploited to date.”

Dam construction: a danger to the environment?

While hydropower is a renewable energy source, it does not automatically make it a low social or environmental impact energy. This mode of energy production can be a danger to flora and fauna and to local populations. In Tanzania, for example, the authorities have begun construction of the Stiegler’s Gorge hydroelectric dam, in the heart of the Selous Reserve, a UNESCO (United Nations Educational, Scientific and Cultural Organization) World Heritage Site.

According to several non-governmental organisations, such as the World Wildlife Fund, the project will result in the death or exodus of large numbers of wild animals to a significant part of the Selous Reserve. The same source estimates that Selous has at least 110,000 animals, but mostly many endangered species. Not to mention the vegetation, consisting of trees and shrubs, which has already been razed to the ground over an area of 1,500 hectares.

“The difficulty with the impact of dams on fauna and flora is that the water retention will flood natural areas,” explains Fabien Quétier, research director and specialist in biodiversity compensation at Biotope, a company specialising in the study, conservation and enhancement of biodiversity.

The problem raised by this specialist was observed in Guinea for the Koukoutamba hydroelectric project. On site, the authorities entrusted the Chinese company, Sinohydro, with the construction of a dam to produce 294 MW. Problem: the dam’s waters flood the territory of large chimpanzee populations in the Middle Baffin National Park, whose creation by the Guinean government is supported by the Guinean Bauxite Company and Guinea Alumina Corporation, with financing from the International Finance Corporation (IFC). It is intended to protect 4,000 West African chimpanzees, a subspecies in critical danger of extinction. According to Rebecca Kormos, a chimpanzee primatologist, the project is expected to impact at least 1,500 of these great apes who will have to find refuge elsewhere. In an article published by an American newspaper The Guardian, she believes that the project did not take sufficient account of the territorial conflicts with other chimpanzee groups that would be caused by the wandering of a primate population displaced by the dam.

Nevertheless, dam projects do not only impact terrestrial flora and fauna. Aquatic biodiversity is also affected. “The fish that swim upriver, to reproduce at the top of the watersheds, will find themselves blocked by the dam. As a result, they can no longer reproduce. This can lead to the extinction of certain species,” says Fabien Quétier. To this, we must add the flow of the river, which will simply be modified, having the greatest impact on aquatic biodiversity.

In Cameroon, the Nachtigal hydroelectric project, which will produce 420 MW, threatens a very rare endemic aquatic plant (Ledermanniella sanagaensis) that grows almost exclusively at the Nachtigal Falls. “Additional studies are underway to improve knowledge of the species and propose effective measures to reduce and compensate for the project’s impacts,” says Nachtigal, the company created ad hoc for this project.

Dams also affect the local population on several levels. In populated areas, people will be displaced. For those who make a living from fishing, the productivity of their activity will be severely affected. In addition, “watercourses carry sediments such as sand or sludge. When sediment movements are changed, this often has significant consequences. For example, the famous Nile floods that once fertilised plantations in Lower Egypt have disappeared. All the sediments that left Uganda and Ethiopia no longer arrive in Egypt because of the many dams built along the river,” explains Fabien Quétier. On the other hand, given their energy needs, countries cannot do without these dams for the time being, hence the need for better investment in ecological impact assessments and mitigation measures. This is something that donors are increasingly watching out for….

The importance of ecological impact assessment

One of the best ways to address the risk of biodiversity degradation associated with dam projects is to carry out high-quality ecological impact assessments. First of all, it is necessary to make an initial assessment of the biodiversity in the area of the dam project, and in particular on the area that will be flooded by the water retention. “It will also be necessary to observe fish behaviour, how the species use the different portions of rivers, in different seasons,” says the specialist from the Biotope company.

It is based on all the above arguments and many others that the results of the analyses can lead project operators to revise the plan or simply to move the project. The ultimate objective is to produce clean energy while giving animal and plant species the opportunity to thrive. Experts also suggest that it is important not to forget to compensate the impacts on fauna and flora that could not have been avoided or sufficiently reduced. The aim is to restore and protect an area similar to that affected by the hydroelectric dam project within the watershed. To achieve this, however, African countries will need to develop and implement well-thought-out strategies for the development of their river basins. The aim is to better weigh the value of the dam against the damage to biodiversity and associated ecosystem services, as well as the needs of local populations for water and natural resources (drinking water, irrigation, fishing, etc.). “We’re still far from that”, says Fabien Quétier.