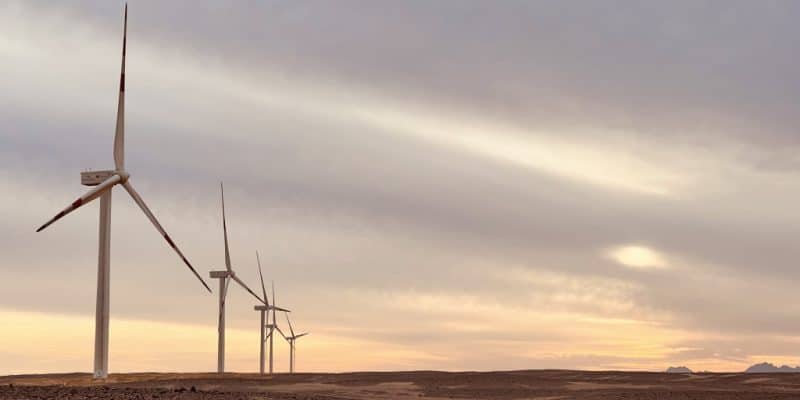 Lekela Power’s portfolio is growing in Africa. The independent power producer (IPP), a joint venture between British investment fund Actis and Mainstream Renewable Power, is bringing its West Bakr wind farm in the Gulf of Suez in Egypt into commercial operation. The project, which is now in the operational phase, was implemented under a Build, Own and Operate (BOO) contract, a form of public-private partnership (PPP) signed between Lekela and the Egyptian government.

IPP awarded the construction of its wind farm to Siemens Gamesa, a wind turbine manufacturer majority-owned by Germany’s Siemens Energy Group. The company based in Zamudio (Spain) has installed 96 wind turbines 30 km from the town of Ras Ghareb, in the Gulf of Suez. The work lasted almost 2 years. The wind farm has an installed capacity of 250 MW, with an annual production capacity of 1,000 GWh. This electricity is sold to the Egyptian Electricity Transmission Company (EETC) under a 20-year power purchase agreement (PPA).

What about the protection of migratory birds?

The problem is that the wind farm is located in a transit area for migratory birds that leave Europe to spend the winter in Africa, mainly in the Great Lakes region and in southern Africa. The risk of collision with the wind turbine blades is great. But the IPP promises “a ‘closure on demand’ program to protect migratory birds. To this end, Lekela has signed a protocol with the Egyptian Environmental Affairs Agency and its Migratory Bird Monitoring Project to help fund and implement the migratory bird monitoring training program,” assures the company led by Chris Antonopoulos.

The impact on the Egyptian electricity mix

The commissioning of this facility marks an important step in Egypt’s energy transition. The North African country’s ambition is to produce 22% of its electricity from renewable sources by 2022. Currently, the country of the pharaohs has an installed capacity of 59,063 MW. At the same time, Egypt, which is making a breakthrough in renewable energy, wants to export some of its electricity to neighbouring countries.

The West Bakr wind farm therefore supports its energy development objectives while contributing to the reduction of CO2 emissions in this strategic sector. Lekela Power estimates that its wind farm will avoid emissions of 530,000 tons of CO2 equivalent per year. IPP financed the construction of its wind farm with loans from the European Bank for Reconstruction and Development (EBRD) and the U.S. Development Finance Corporation (DFC).