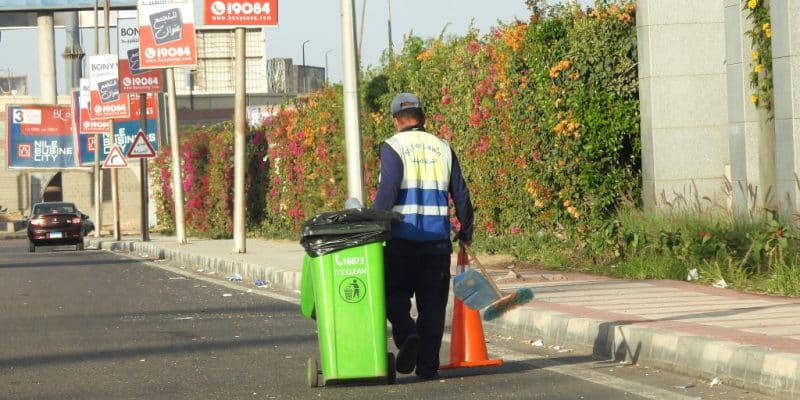 With Egypt producing 5.4 million tonnes of waste per year, a digital solution from start-up Bekia is enabling people in Cairo to exchange their household waste for cash and food. The initiative will help reduce waste pollution in this North African country of 102 million people.

In Egypt, the start-up Bekia wants to rid governorates of waste. The company, founded in 2017 by young entrepreneur Alaa Afifi, has developed a digital platform to collect household waste, plastic bottles and other waste from people in exchange for a fee or food, metro tickets as well as medicine. The initiative is mainly implemented in Cairo and aims to improve sanitation and air quality in the Egyptian capital.

The waste collected is then processed into granules by Bekia’s 25 employees. The start-up recently obtained $100,000 from the American venture capital company Catalyst Fund. This funding should enable it to expand its activities, particularly in the sustainable management of electronic waste, especially mobile phones and laptops that have reached the end of their life. These old devices, containing chemical elements such as lead and mercury, often end up in landfills and on the streets with significant risks of respiratory illness.

Other waste collection and recycling initiatives are underway in Egypt. These include reverse vending machines (RVMs) manufactured by the Egyptian start-up Dawarha. This device, which is accessible via a mobile application, uses artificial intelligence (AI) to reward consumers for depositing single-use plastic bottles or cans. For the year 2023, Dawarha has acquired and deployed 200 RVMs worth $1.5 million in the city of Cairo. The company had raised these funds from a group of investors.

Read also-EGYPT: In Cairo, a factory will manufacture ecological bags from

There is also the Canadian company Plastic Bank, which announced the establishment of new collection centres in the provinces of Alexandria, Assiut, Kafr el-Sheikh and Menoufeya in 2022. These facilities, which aim to combat ocean pollution in the land of the pharaohs, will allow Egyptians to exchange their plastic waste for money, goods or digital services. It is part of a partnership with the Egyptian subsidiary of the German food company Lorenz Snack-World.