Homepage » EGYPT: In Cairo, a factory will manufacture ecological bags from

EGYPT: In Cairo, a factory will manufacture ecological bags from 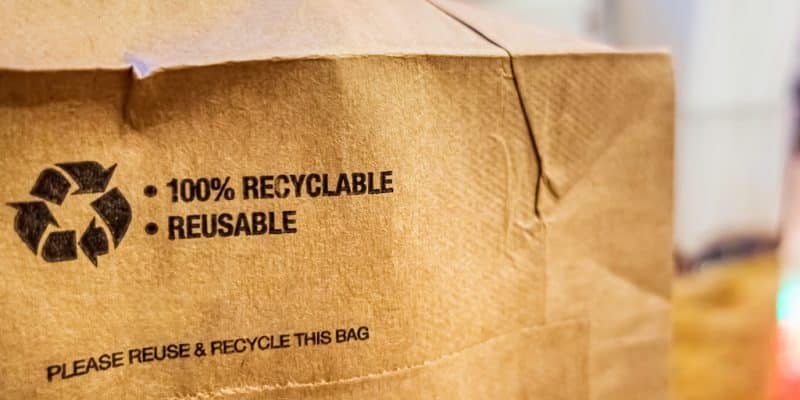 In Egypt, 10 million people will benefit from a project to build a biodegradable packaging factory in the capital Cairo. The new eco-friendly bags will help reduce the tonnes of plastic waste that pollute waterways in the North African country.

According to the World Wildlife Fund (WWF), Egypt produces an average of 970,000 tonnes of plastic per year. The Egyptian government wants to offer people an alternative to the plastic used to package food and other consumer products. To this end, an American company, whose name has not yet been made public, will set up the first factory to manufacture environmentally friendly bags on Egyptian soil.

Instead of plastic, the facility will produce the packaging from eggshells using a technological device. The project, coordinated by the Egyptian Minister of Environment, will be implemented by 2023 in the governorate of Cairo. “The ministry is supporting 3,500 factories that produce single-use bags, but want to follow environmental specifications to produce biodegradable bags. The plastic currently used only decomposes after 400 years,” says Yasmine Fouad.

Plastic waste has an impact on the health of populations and animal species. In a study on the future of petrochemicals published in October 2019, the International Energy Agency (IEA) reveals that “5 to 13 million tonnes of plastic waste are dumped into the oceans every year”. Unlike other African countries (Rwanda in 2008, Gabon in 2010, Cameroon in 2012, Burkina Faso in 2014, editor’s note), Egypt has not yet officially banned the manufacture, import, marketing and distribution of plastic packaging.

In this North African country through which the Nile flows, fishermen and tourists dump 250,000 tonnes of plastic waste into the world’s second largest river (6,692 km) every year, according to the authorities. Faced with this situation, the Canadian company Plastic Bank, which fights against ocean pollution around the world, has announced the annual collection of 5,000 tonnes of plastic waste in Egypt by the end of 2023. The initiative includes the creation of new collection centres in the governorates of Alexandria, Assiut, Kafr el-Sheikh and Menoufeya, where individuals will be able to exchange their plastic waste for cash, goods or digital services.

At the same time, Plastic Bank has also signed a partnership with the Egyptian subsidiary of German food company Lorenz Snack-World to collect one million plastic bottles by November 2022. The operation is being carried out in several Egyptian governorates such as Cairo.