Homepage » EGYPT: Strengthening energy and climate cooperation with the EU

EGYPT: Strengthening energy and climate cooperation with the EU 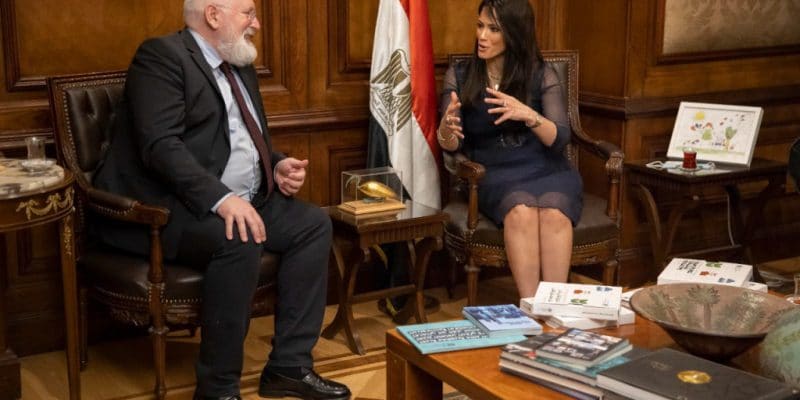 With the 2022 Sharm el-Sheikh Climate Change Conference (COP27) just months away, the European Union (EU) is strengthening its energy and climate relations with Egypt. The North African country is among the pioneers in the development of the green hydrogen industry, the energy of the future.

The European Union (EU) wants to accelerate its cooperation with Egypt on climate change through the promotion of renewable and new energies. This was the goal of Frans Timmermans’ trip to Cairo. With the Egyptian authorities, the vice-president of the European Commission discussed investment opportunities in the transition to sustainable and resilient economies, just a few months before the 2022 Sharm el-Sheikh Conference on Climate Change (COP27).

In its cooperation with Egypt, the EU targets key sectors of the economy, including water and energy. The European diplomat discussed the financing of renewable energy in Egypt, especially green hydrogen. Because of its strong potential in renewable energies, as well as port platforms to facilitate the export of green hydrogen and its derivatives, the country of the pharaohs attracts many investors, including Europeans.

This is the case of the German Siemens which is negotiating to produce hydrogen with electricity generated from renewable sources. And the negotiations have begun to bear fruit since the group has already signed a framework agreement with the Egyptian Electricity Holding Company (EEHC).

The EU also wants to strengthen cooperation with Egypt on the supply of liquefied natural gas (LNG). The organization would also like Egypt to take an active part in the establishment of a Mediterranean partnership for green hydrogen, including trade between Europe, Africa and the Gulf countries. This regional cooperation is desired just months after the EU launched a €2 billion partnership with industry to accelerate research and development in the field of green hydrogen.