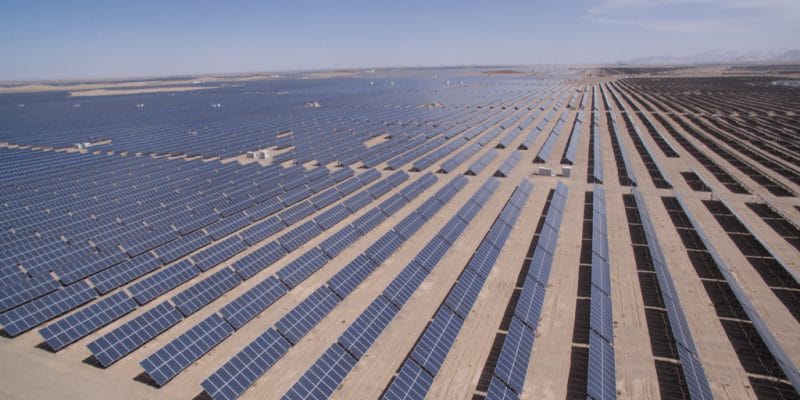 Scatec Solar, a company based in Oslo, Norway, has recently commissioned a 65 MW solar park in the Benban complex in eastern Egypt. Together with its partners, the company is preparing to build five additional power plants, with a total capacity of 400 MW, as part of this solar megaproject.

The Benban complex is being expanded with a new solar park. The plant has recently been commissioned by Scatec Solar, a private electricity producer (IPP). With a capacity of 65 MW, this solar power plant was developed in partnership with Africa 50 and KLP Norfund, well-known financial partners in the African electricity sector.

Scatec Solar will produce a total of 400 MW of energy from six solar parks built in E eastern Egypt. “The connection to the grid of our first solar power plant is an important milestone for us. It is also our first power plant equipped with two-facial solar panels, which capture the sun’s rays on both sides of the panels to increase total clean energy production,” explains Raymond Carlsen, Scatec Solar’s Managing Director.

In the coming months, Scatec Solar will focus on the construction of the remaining five solar parks in Benban. These parks will be delivered in the second half of 2019, according to the company’s forecasts. Under a 25-year power purchase agreement, the electricity produced in these six solar power plants will be sold to Egyptian Electricity Transmission Company (EETC), the company that provides the public electricity service in Egypt

All of Scatec Solar’s projects in Benban will provide electricity to 420,000 Egyptian households and will avoid 350,000 tonnes of CO2 emissions.

It is worth recalling that Scatec Solar and the investment fund KLP Norfund are collaborating on several projects in Africa. Together with Electricidade de Moçambique, these two partners are preparing to commission the Mocuba solar park in eastern Mozambique. On this project, Scatec Solar is the majority shareholder with a 52.5% stake. The other shares are held by Electricidade de Moçambique (25%) and KLP Norfund (22.5%). With a capacity of 40 MW, the construction of this solar park required an investment of $76 million. It will provide electricity to 175,000 households, mainly in the port city of Quelimane, where the government is currently building 300 housing units. The energy produced by the Mocuba solar power plant will also supply the activities of the port of Macau.