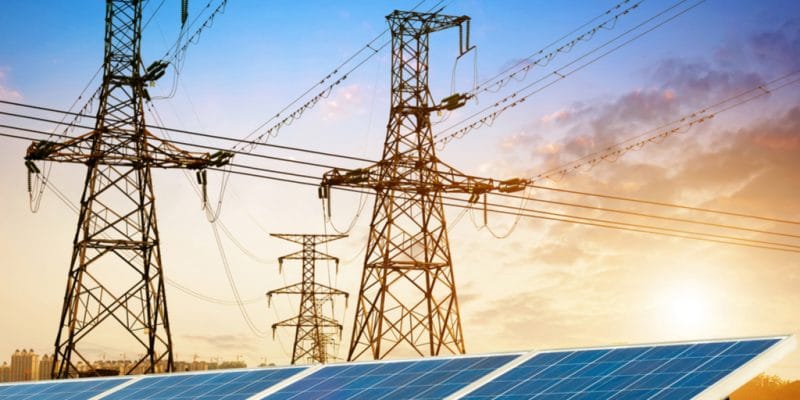 An agreement has recently been signed between Egyptian Electricity Transmission Company (EETC), the company in charge of electricity transmission and distribution, and Elsewedy Electric, an Egyptian company. The agreement concerns the construction of an electricity line to evacuate electricity from the Benban solar park.

New developments in the mega solar project in Benban, northern Egypt. The transmission line dedicated to evacuating the electricity produced in this solar park will be built by Elsewedy Electric. The agreement has been signed between the Cairo-based company and the Egyptian Electricity Transmission Company (EETC), which provides public electricity service in Egypt.

In concrete terms, Elsewedy Electric will be responsible for building a 500 kV high-voltage line, 195 km long, to connect the Benban solar complex to the Egyptian national grid. The company, which employs more than 10,000 people, has six months to complete the work. This project comes at a time when the Benban solar complex is about to operate at full power.

Built about 650 km south of Cairo, in the governorate of Aswan, the Benban solar park will produce the equivalent of 90% of the energy produced by the Aswan dam (2,100 MW). Presented as one of the most important power generation infrastructures in Egypt, the Benban complex will make it possible to achieve the Egyptian authorities’ ambition: that the country should consume 20% of clean energy by 2022.

With an expected capacity of 1,650 MWp, this complex covers an area of 37.2 km2. This project, consisting of 41 solar parks, is part of the Nubian Suns Feed-in Tariff programme, which aims to encourage private power producers (IPPs) to invest in renewable energy in Egypt.

Some of the selected IPPs have already commissioned their solar parks. For example, Acciona Energía, the renewable energy production subsidiary of the Spanish group Acciona, and Enara Bahrain Spv Wll, a renewable energy platform of the Saudi company Swicorp. They have commissioned a 186 MW solar farm, which costs 160 million euros.

In January 2019, the Emirian company, Alcazar Energy also commissioned a 64 MW solar park in the Benban complex. The project was funded to the tune of $68 million by several donors. Notably, the International Finance Corporation (IFC), the private sector arm of the World Bank Group, the African Development Bank (AfDB), the Asian Infrastructure Investment Bank (AIIB), the European Arab Bank, CDC Group, a development finance institution owned by the British government, and the Arab Bank based in Amman, Jordan.

According to the Egyptian Ministry of Energy’s forecasts, the Benban complex will be fully operational by August 2019. The 1,650 MWp it will produce will be used to secure access to electricity in Egypt (100%). However, the country is also considering exporting part of its renewable energy to Sudan, Cyprus and Saudi Arabia.

Benban’s mega solar project will also reduce CO2 emissions by 100,000 tonnes per year. It will thus support the achievement of Egypt’s emission reduction targets, within the framework of the Paris Climate Agreements, and the promotion of the development of renewable energies.