Homepage » EGYPT/MADAGASCAR: towards cooperation in the field of water in the face of drought

EGYPT/MADAGASCAR: towards cooperation in the field of water in the face of drought 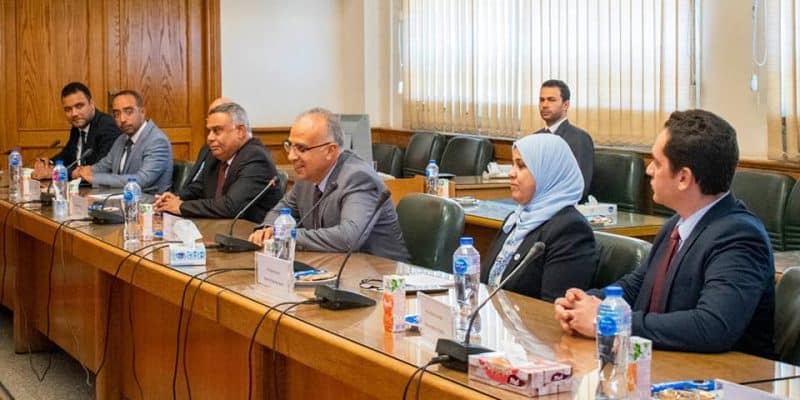 The Egyptian and Malagasy governments are planning to cooperate in the field of water. This ambition was announced recently, following a meeting between the Egyptian Minister of Irrigation and Water Resources, Hany Sweilam, and Ravokatra Fidiniavo, the Malagasy Minister of Water, Sanitation and Hygiene.

Egypt and Madagascar could well work together in the field of water. This is what the governments of the two countries announced on 22 August 2022. The future partnership will focus on rainwater harvesting and groundwater management in a context of drought.

Given its expertise in the implementation of water projects, Egypt will provide technical support to Madagascar. Indeed, this East African country is strongly impacted by this phenomenon which leads to water stress. The situation has plunged more than one million inhabitants of southern Madagascar into food insecurity.

Egypt should build the capacity of Madagascar’s experts in rainwater harvesting during the rainy season to irrigate plantations in times of severe drought. This water can be collected through hydraulic regulation basins or dams. “Theoretically, the amount of rain that falls in Africa alone would be equivalent to the needs of 9 billion people, or one and a half times the current world population,” says the United Nations Educational, Scientific and Cultural Organisation (UNESCO).

With the worsening drought, Madagascar’s groundwater resources are being overexploited and are tending to run out due to their non-renewable nature. The country will also benefit from Egyptian expertise in aquifer preservation. In addition to rationalising the use of the resource through the implementation of drip irrigation systems, the Malagasy government is exploring the possibility of reusing treated wastewater for irrigation and watering green spaces, as is already the case in Egypt. The country of the Pharaohs is implementing several projects in this direction, including the Agricultural Wastewater Reuse Project in the Nile Delta region. The ultimate goal is to save nearly 2 billion m3 of fresh water per year in Egypt.