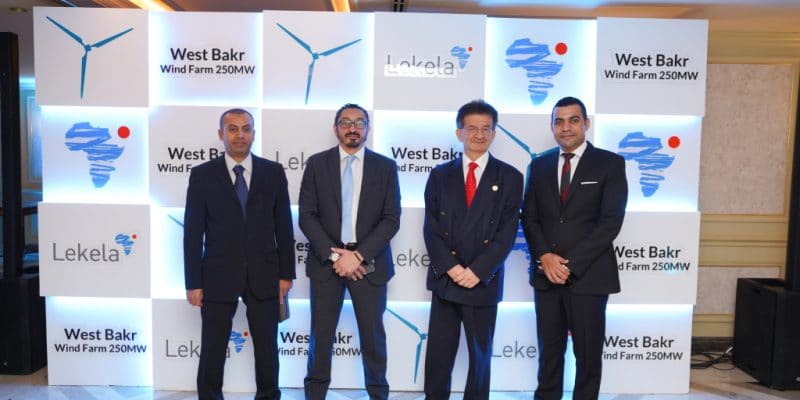 Independent Power Producer (IPP) Lekela Power is inaugurating the commercial operation of its West Bakr wind farm in Egypt. The facility located in the Gulf of Suez has a capacity of 252 MW.

The West Bakr wind farm officially goes into operation. The facility in the Gulf of Suez was the focus of a ceremony attended by several dignitaries, including Mohamed Ahmed Chaker, Egypt’s Minister of Electricity and Renewable Energy, as well as senior officials from the Egyptian Electricity Transmission Company (EETC) and the New and Renewable Energy Authority (NREA).

The wind farm in the Gulf of Suez is equipped with 96 wind turbines supplied and installed by Siemens Gamesa, a company owned by German giant Siemens Energy, Norges Bank and asset manager BlackRock. The company, based in Zamudio (Spain), Hamburg (Germany) and Brande (Denmark), will also operate the facility when it goes into commercial operation in November 2021. The total capacity of the turbines is 252 MW.

Impact on the Egyptian electricity mix

The project in its operational phase is the result of a public private partnership (PPP) signed between the Egyptian government and Lekela Power, an independent power producer (IPP), the result of a merger between the British investment fund Actis and the Irish company Mainstream Renewable Power. According to Lekela, its wind farm will be able to generate 1,000 GWh of clean electricity per year, avoiding 530,000 tons of carbon dioxide emissions over the same period.

According to the Amsterdam-based IPP in the Netherlands, the project alone increases Egypt’s wind power generation capacity by 18%. “The West Bakr Wind farm is already bringing Egypt closer to its clean energy goals and significantly increasing its wind power capacity. Egypt is well positioned to become a clean energy powerhouse and is leading the way in renewable energy,” says Chris Antonopoulos, Lekela Power’s managing director.

What about protecting biodiversity?

But one aspect of this wind farm should be scrutinized throughout its lifetime. The installation is located in a very windy area, which is also used by migratory birds that leave Europe to spend the winter in the Great Lakes region of East Africa. In order to avoid collisions with wind turbine blades, Lekela says it has implemented an on-demand closure program. IPP has signed a protocol with the Egyptian Environmental Affairs Agency and its Migratory Bird Monitoring Project to help fund and implement the training program for monitoring these wild animals.

Moreover, the European Bank for Reconstruction and Development (EBRD) has conditioned its support for the project on the preservation of biodiversity against accidents with wind turbines. The West Bakr park has also received funding from the U.S. Department for International Development Finance (DFC), as well as the International Finance Corporation (IFC), the World Bank Group’s private sector financing arm.