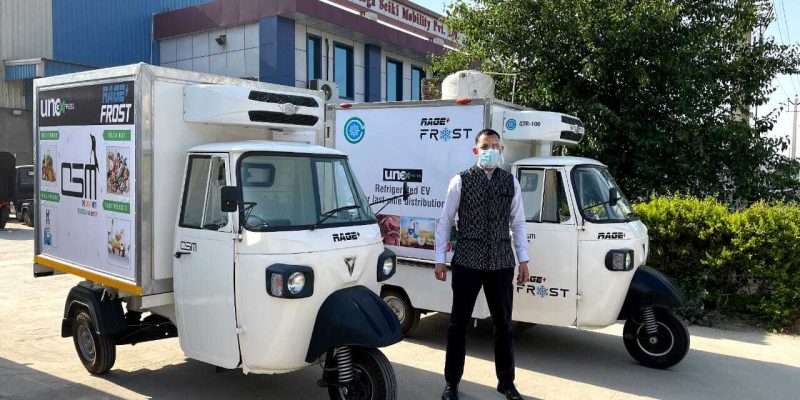 Indian car manufacturer Omega Seiki Mobility has signed a partnership with Egyptian logistics and distribution company Rabbit Express to supply 20,000 electric tuk-tuks. This initiative is in line with Omega's expansion strategy in Africa, particularly in Morocco and Egypt where the electric mobility sector is booming.

It is a new investment that will accelerate the green mobility sector in Africa. Omega Seiki Mobility, based in New Delhi, India, wants to set up in Africa to produce and market electric tuk-tuks. Initially, the company founded in 2018 by businessman Uday Narang will supply some 20,000 electric vehicles to the Egyptian company Rabbit Express, which specialises in logistics and distribution, and with which it plans to set up a joint venture.

The partnership will enable the production of 30,000 electric tuk-tuks per year at Omega’s new plants in Pune, Chennai and Ahndra Pradesh in India. Omega Seiki is a subsidiary of the Anglian Omega Group, which has operations in India, the United Arab Emirates (UAE), Switzerland, Thailand, Japan and Hong Kong and invests in electric mobility, high-tech automotive components, infrastructure, supply chain management services and trading, among other businesses.

Read also-EGYPT: Volvo to distribute its electric cars in Cairo through Ezz Elarab

Omega’s electric tuk-tuks are tricycles that can reach 50 km/h thanks to a 15-kWh lead-acid battery and a silent motor that emits no carbon dioxide (CO2) unlike conventional tuk-tuks.

While Omega Group is teaming up with Rabbit Express in Egypt, a consortium formed in 2021 by Tahya Misr Fund and Dolibaat Egypt is instead proposing electric vehicles assembled with 45% locally manufactured components as an environmentally friendly alternative to conventional tuk-tuks. “Bajaj” in Tanzania and Ethiopia, “raksha” in Sudan, “keke-marwa” in Nigeria, the Asian tuk-tuk is a mode of transport that has developed anarchically on the African continent in recent years.