Homepage » EGYPT: In Cairo, Cemex and VeryNile will clear the Nile of waste 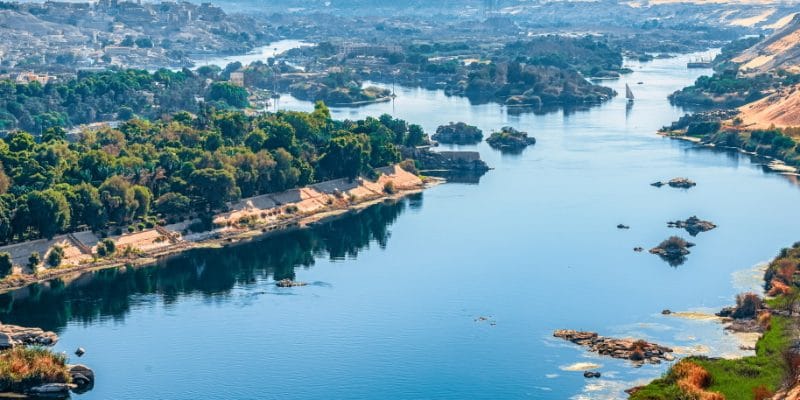 As part of its "Future in Action" strategy for sustainable development, the Egyptian subsidiary of the Mexican company Cemex, which specialises in construction materials, has joined forces with the VeryNile initiative to collect the solid waste responsible for polluting the Nile. This river is the main source of water for the country of the Pharaohs.

As the pollution of the Nile impacts on agriculture and the supply of drinking water, the Egyptian subsidiary of the Mexican construction materials company Cemex has signed a partnership with VeryNile, a project that fights against the pollution of this 6,671 km long river. The partnership aims to expand solid waste collection operations in the river, whose resources are needed especially by the fishing community of Qursaya Island in the Cairo metropolitan area.

“We will co-treat the waste that is dumped to contribute to the ‘zero waste in landfills’ challenge, with a view to protecting the Nile from behaviours that lead to its pollution,” says Fernando Gonzales, Cemex’s CEO. The company, based in San Pedro Garza García, Mexico, is mainly active in the cement, concrete and aggregates sector in Egypt.

According to Khaled El-Farra, Director of the Environment and Sustainable Development Department of the Egyptian Ministry of Foreign Affairs, this partnership will last for three years and will allow the collection of approximately 20 tons of waste per month. In addition to financial support, Cemex will strengthen the equipment used for waste collection and contribute to the promotion of the circular economy in the Cairo governorate.

Ridding the Nile of solid waste

The second longest river in the world after the Amazon (6,692 km) in South America, the Nile is polluted by sewage, waste, and pesticides used for agriculture, especially in its delta. According to the Egyptian Ministry of the Environment, the Nile is also the outlet for 549 million m3 of liquid industrial waste every year. The chemicals and heavy metals it contains come directly from the 345 industrial complexes located along the Nile between Aswan and Cairo.

In this context, VeryNile is setting up a sustainable ecosystem to recycle plastic and other fishermen’s waste collected from the river. The initiative was launched in 2018 by start-ups Bassita, which specialises in cyber awareness and fundraising for positive initiatives, and Greenish which designs and implements sustainable environmental solutions.

The platform also raises awareness against the use of single-use plastic. “VeryNile was created with a strong commitment to preserve the Nile by removing plastics and harmful waste from the river while empowering local communities,” says Alban de Menonville, founder of VeryNile based in the Egyptian city of Giza.