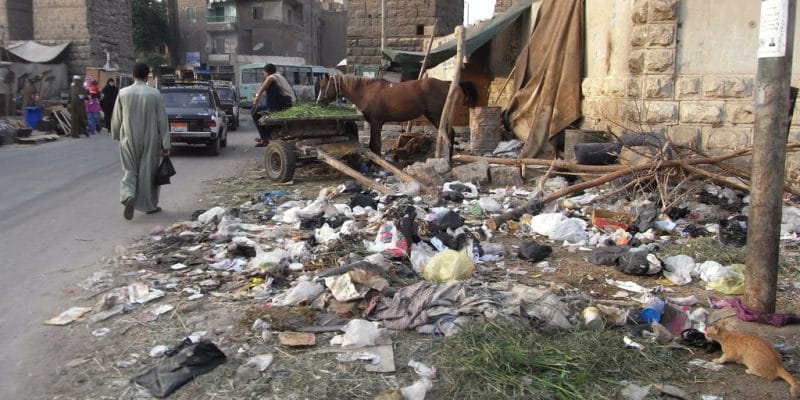 The Egyptian government is developing a broad waste management system for the country's various municipalities. The issue was the subject of a meeting between Prime Minister Mostafa Madbouly and Environment Minister Yasmin Fouad.

Despite efforts by the authorities, waste is still flooding Egypt’s cities. According to the Central Agency for Public Mobilisation and Statistics (capmas), 44.8% of Egyptian households throw their garbage on the street and 52% of industries manage their waste in the same way. A situation that was on the agenda at a recent meeting between Prime Minister Mostafa Madbouly and Environment Minister Yasmin Fouad. They discussed in concrete terms the development of a waste management system that the government plans to implement across the country.

The initiative is expected to be implemented in 2020 and on an ongoing basis in all Egyptian municipalities. The plan provides for the construction of infrastructure and the rehabilitation of landfills. In Egyptian cities, fixed and mobile stations will enable people to better manage their waste. The integrated solid waste management system includes collection, sorting, transport and recycling as well as the development of a treatment and disposal system for hazardous and final waste.

The first applications of the system

The system that the government wants to put in place is supposed to be fully operational in 2 years, but the first tests are already being carried out in the field. For example, some Egyptians install the “Dawar” application on their smartphones. It is functional in the districts of Maadi and Torra in the large city of Cairo. Launched in October 2018, it allows the user to take a picture of a street corner soiled by a pile of garbage. Once the photo is uploaded to the application, “Dawar” will be able to track the location using GPS and send a specialised team to clean it up. The application should be used in other cities in Egypt.

“Garbage that has long polluted Egyptian streets will be completely cleaned when the cleaning system is implemented,” said Khaled Kassem, spokesman for the Ministry of Development. He added that “the governors will submit final studies on the complete cleaning system, while stressing that it will be implemented once the National Waste Management Holding is in place and a waste law (after parliamentary review in the next session) is published”.

The system will operate with a recycling plant to be built near Cairo. The name of the company that will implement the project has not been made public. But last May, the garbage union signed a memorandum of understanding with an Italian company for the construction of the plant. It will have a capacity of between 600 and 1100 tonnes of waste per day. The waste will then be used to produce electricity and biogas.