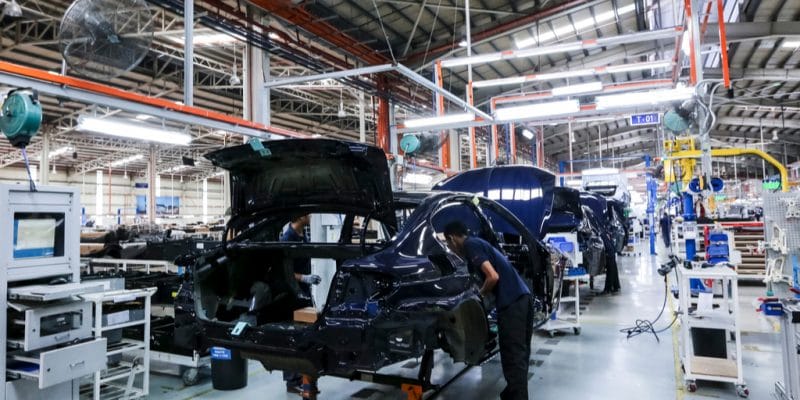 China is making a strong entry into the electric car market in Egypt. The latest initiative to date: an agreement has just been signed between the National Organization for Military Production (the national military production agency) and Zhejiang Geely Holding Group. The car manufacturer, based in Hangzhou, China, will soon be able to produce electric cars in Egypt.

During a recent visit by an Egyptian government delegation to China, an agreement was signed between the National Organization for Military Production and Zhejiang Geely Holding Group, an automobile manufacturer based in Hangzhou, in the Middle Kingdom. The agreement concerns the production of electric cars in Egypt.

Like many other car manufacturers around the world, Geely has successfully started producing electric cars. In recent years, it has acquired many brands, some of which are known in the African automotive market. These are Lotus, Lynk & Co, Proton or Volvo, a Swedish manufacturer known on the continent for its freight trucks.

The implementation of the agreement with Dongfeng?

The Egyptian delegation also visited the factories of the Chinese car manufacturer Dongfeng. This will be an opportunity for this supplier to give technical guarantees to the Egyptian authorities by detailing the ranges of equipment it manufactures, such as the battery, the mainstay of the electric car.

This company, whose main shareholder is the State Council of the People’s Republic of China, is also known in Africa for its trucks, which are often present on Chinese construction sites. Most importantly, in 2017, Dongfeng teamed up with French automaker Renault and Japan’s Nissan to launch eGT New Energy Automotive Co. as a joint venture to produce electric cars in China. This cooperation should further strengthen Dongfeng’s know-how and enable the company to export its technology to Egypt.

Chinese companies on the rise!

The Egyptian delegation was apparently won over by Dongfeng’s demonstrations. After visiting its facilities, she said Dongfeng could produce electric cars adapted to “the specific road and climatic conditions of Egypt and other parts of the world”. An agreement already exists since June 2018 between the Egyptian government and Dongfeng. This visit should encourage the Chinese company to accelerate its project to install an electric car production unit in Egypt.

The manufacturer is also working with its compatriot Vasworld Power Cooporation and the Egyptian company Darshal to develop the electric car market in Egypt.

In this North African country, Dongfeng joins Foton, another Chinese manufacturer specialising in the production of buses, trucks and tractors. The latter has signed a partnership with Egypt’s Military Factory 200, an Egyptian state military company. The two companies will manufacture 2,000 electric buses in Egypt over a four-year period. Egypt’s Military Factory 200 will provide 45% of the components of future public transport vehicles.