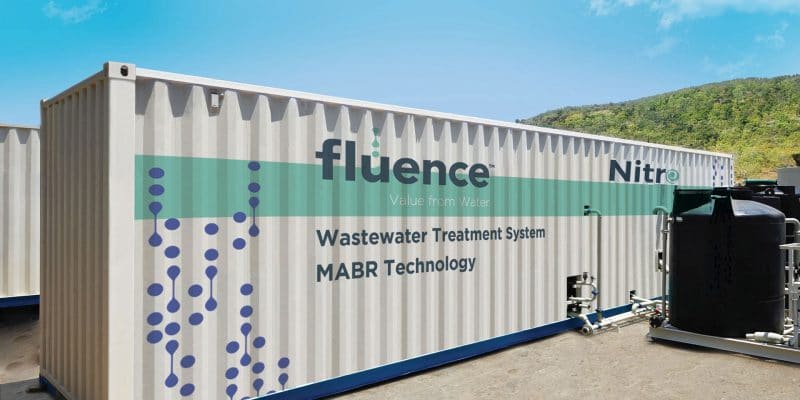 Fluence has been selected by an Egyptian-based industry to supply two brackish water desalination units. Fluence will provide its Niroflex technology.

The new contract for Fluence Corporation, a water treatment solutions company, is for the manufacture and delivery of two brackish water desalination units in Egypt. The order was placed by an industrial company based in the land of the pharaohs. Its identity was not disclosed by the U.S. company.

Fluence’s Niroflex technology will be delivered before the end of 2022. According to Fluence officials, it includes blocks for reverse osmosis as well as pre-treatment blocks for ultrafiltration and multimedia filtration.

Desalination capacity of 19,200 m3 of water per day

The two Niroflex units to be delivered shortly in Egypt will be capable of desalinating 19,200 m3 of brackish water per day, or 9,600 m3 per unit. “The facility will eventually be scaled up to about five times this capacity,” says Fluence. The compact desalination units will enable the Egyptian industrial company to improve its water supply as the North African country steps up initiatives to alleviate water stress.

“This contract further increases our 2022 backlog for smart product solutions (SPS), which was already 65% higher entering 2022 than 2021 in the Middle East,” enthuses Richard Irving, Fluence’s president and CEO. The U.S. company received $1.6 million for the delivery of the two brackish water desalination units.

Through its local partner, International Co for Water Services & Infrastructure (IWSI), Fluence will also operate and maintain the future facilities. The U.S. company also operates three desalination plants for several real estate projects of the Egyptian Ministry of Housing. The three plants to be commissioned in 2019 are composed of 12 Nirobox SW-XL units, and have a combined capacity of 12,000 m3 of water per day.