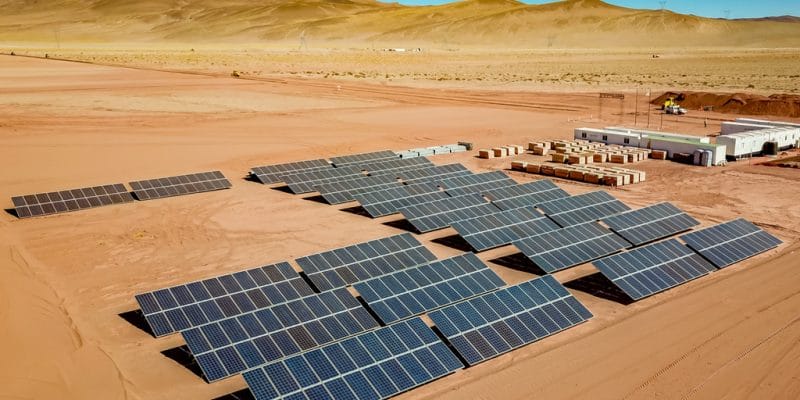 The company Électricité de France (EDF) is about to obtain an agreement to acquire an equity stake in the Egyptian company KarmSolar by investing 25 million dollars. The arrival of the French giant is expected before the end of 2019.

According to Egyptian press reports, the giant Electricité de France (EDF) is one of the partners with which the Egyptian company KarmSolar is currently negotiating to find funds to implement its projects in Egypt. Negotiations between the two partners are well advanced and an agreement should be reached within a few days.

Currently, KarmSolar is looking for one billion Egyptian pounds ($61.5 million) for its projects. It is negotiating with several other donors like the International Finance Corporation (IFC), the World Bank’s subsidiary responsible for corporate finance.

If these talks result in an agreement, EDF will strengthen its presence in Egypt. It is currently carrying out several projects there, in particular through its subsidiary EDF Renouvelables. Recently, with its partner Elsewedy Electric, it commissioned two 130 MWp photovoltaic solar power plants in the Benban complex.

The core business of the company in which EDF wants to invest is the supply of solar energy to companies in Egypt. In early 2019, KarmSolar signed an electricity sales contract with Cairo3A Poultry, a subsidiary of the Cairo 3A group, one of the country’s main conglomerates with interests in agriculture, transport, poultry production and grain trading.

It is a $90 million contract. KarmSolar is expected to supply all the electricity for Cairo3A Poultry, a poultry farm, i.e. 100 MW from a solar power plant it will build in the Bahariya oasis near Cairo.

By 2018, KarmSolar had a portfolio of committed projects with a total capacity of 65 MWp through its subsidiary KarmPower. This portfolio includes a 23.5 MW project for the Dakahlia group and another 20 MW power generation and distribution project for El-Badr for Investment and Commercial Spaces (Arkan Plaza, a shopping centre).

To carry out these projects, the company raised a further 500 million Egyptian pounds ($30.77 million). These funds were provided by Attijari Finances, a Moroccan investment bank, a subsidiary of the Attijariwafa bank group.