Homepage » EGYPT: Cairo and Tokyo intensify their collaboration in the field of water

EGYPT: Cairo and Tokyo intensify their collaboration in the field of water 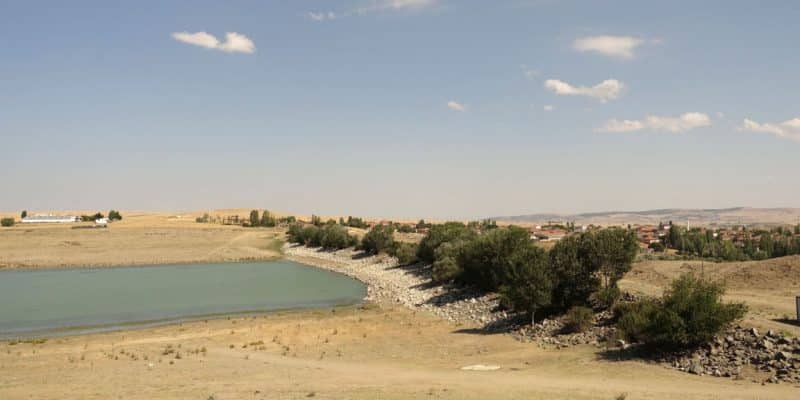 The Egyptian and Japanese governments are considering strengthening their relations in the field of water. This was the aim of a recent meeting between the Egyptian Minister of Water Resources and Irrigation, Hani Sweilam, and the Japanese Ambassador to Cairo, Oka Hiroshi.

Egypt and Japan want to cooperate on water management in the coming years. Hani Sweilam, the Egyptian Minister of Water Resources and Irrigation, and the Japanese Ambassador to Cairo, Oka Hiroshi, are planning to sign agreements for new water projects. This was the outcome of a recent meeting in Cairo.

Officials from both countries discussed the possibility of scientific cooperation between the National Water Research Centre in Egypt and the Japan International Cooperation Agency (JICA) in the coming years, particularly on issues related to integrated water resources management and the use of modern and intelligent irrigation techniques. This is necessary in a context marked by water stress. This phenomenon is caused by drought, which dries up surface water resources.

These exchanges come just a few weeks before the 2022 Sharm el-Sheikh Climate Change Conference (COP27), where Japan plans to present its latest experiences and applications related to the use of solar energy in small-scale seawater desalination plants.

These ideas will support the implementation of projects in Egypt, including the construction of an irrigation dam near the city of Dairut. The water reservoir built by Dai Nippon Construction will be located on Bahr Youssef, a channel of the Nile, considered a western branch of the river, whose name means “river of Joseph” in Arabic. The objective is to mitigate the effects of water stress on farms in the governorate of Asyut.

The work is part of the Egyptian Ministry of Water Resources and Irrigation’s plan to modernise, rehabilitate and replace irrigation facilities in several governorates of Upper Egypt. JICA is financing the project under an agreement signed with the Egyptian government in May 2015.

In the North African country, JICA has also supported the construction of six water reservoirs in the governorate of Asyut. These facilities support existing structures that are almost 150 years old. The five dams serve seven irrigation canals in Asyut, Menya, Beni Suef, Fayoum and Giza, providing 9.6 billion m3 of water for the irrigation of more than 696,100 hectares of agricultural land.

The Egyptian government is also counting on its cooperation with Japan to improve the management of water resources in the Al-Qased Canal in Gharbeya, Al-Ibrahimiya, and in the Bahr Youssef Canals in Minya, Beni Suef, and Fayoum.