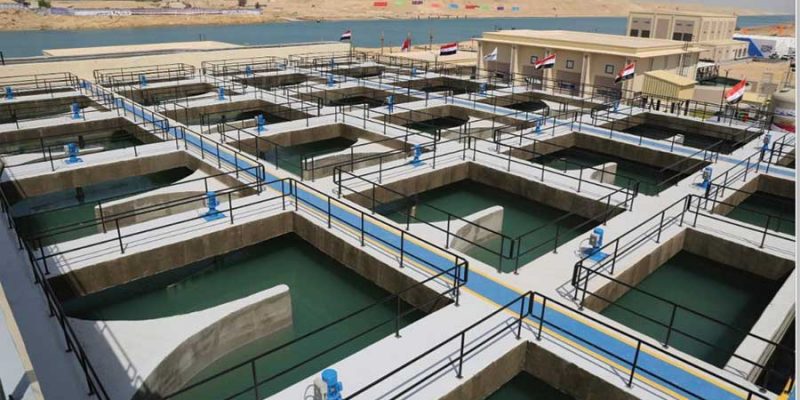 The Al Mahsamma wastewater treatment plant has just been awarded the prize for the best water/wastewater project in the 8th annual competition for the world's best projects organised by Engineering News-Record (ENR). Built by Metito and Hassan Allam Construction, the plant is located in the governorate of Ismailia in the Sinai Peninsula in Egypt.

The distinctions are still coming down for the Al Mahsamma’s treated wastewater reuse project implemented by Metito, a company based in Guernsey, and the Egyptian company Hassan Allam Construction. The treatment plant has just been awarded the prize for the best water/wastewater project in the 8th annual competition for the world’s best projects. The competition is organised by Engineering News-Record (ENR), an American weekly newspaper specialized in the construction industry.

According to Metito, who welcomes the award, the ENR Global Best Projects competition identifies and honours the project teams behind last year’s outstanding design and construction efforts and focuses on the challenges and associated risks. And the construction of the Al Mahsamma wastewater treatment plant has presented many challenges to the engineering facilities of Metito and Hassan Allam Construction.

“In this project, we have used the latest agricultural drainage treatment technologies to produce water suitable for irrigation and land reclamation in accordance with the highest quality standards and specifications set by the Egyptian government,” explained Karim Madwar, managing director of Metito Africa, in April 2020, when the plant was commissioned.

For Maher Kahil, the project manager of Khatib & Alami (one of the companies chosen to supervise the project, editor’s note), the Suez Canal was to remain open during the construction of the plant. The materials, including 7,860 tonnes of steel, were transported on temporary floating pontoons, which were built and dismantled by the Egyptian army if necessary. The Egyptian government also wanted the project to be architecturally attractive for ships crossing the canal.

The Al Mahsamma wastewater treatment plant covers an area of 42,000 m2, with a capacity of one million m3 per day. According to the Emirati Company Metito, water is transferred to the plant from the Ismailia Irrigation Drainage Canal, located west of the Suez Canal. Effluent is pumped through two individual pumping stations under the Suez Canal to the Srabuim siphon, from where the wastewater is then sucked through the plant’s pumping station using eight vertical turbine pumps – six pumps in operation and two on standby – each pumping at a speed of 7,000 m3 per hour.

Metito estimates that treated wastewater from Al Mahsamma will be used to irrigate more than 28,300 hectares of plantations in the Sinai Peninsula. The project will thus support the Sinai Development Strategy, an initiative of the Egyptian government to counter terrorism in this part of the country through development. “The Al Mahsamma factory will help to combat water shortages. It will have a resounding impact on Egypt’s water security programme and will transform the vision of wastewater treatment in Africa,” explained Hassan Allam, president of Hassan Allam Construction when the facility was commissioned in April 2020. The new wastewater treatment plant is also intended to clean up Lake Al Temsah located west of the Suez Canal.

A few months ago, the plant was awarded the prize for the “best water recycling and reuse project worldwide in 2020”. The prize, awarded by the London-based magazine Capital Finance International (CFI.co), also recognises the sustainability of the Al Mahsamma wastewater treatment plant.