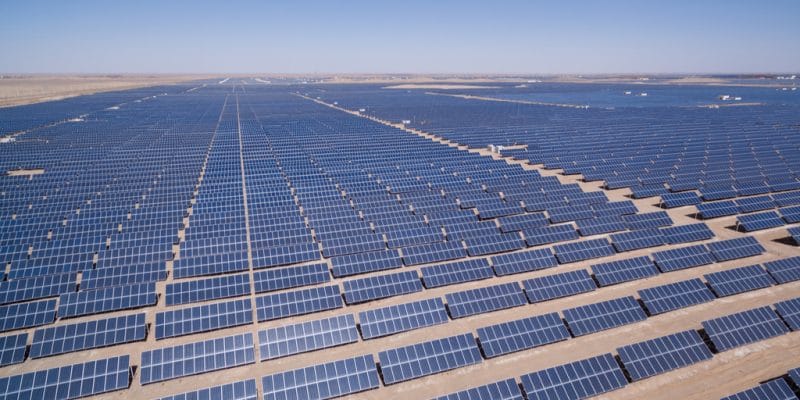 Acciona Energía, the renewable energy production subsidiary of the Spanish group Acciona, and Enara Bahrain Spv Wll, a renewable energy platform of Saudi company Swicorp, have recently put into operation a 186 MW solar park in the Benban complex in southeast Egypt. The project required an investment of 160 million euros.

The Benban complex in the desert in southeast Egypt has been enriched with three new solar parks. They are due to two companies: the Spanish Acciona Energía, a subsidiary of Acciona, and Enara Bahrain Spv Wll, the renewable energy platform of the Saudi company Swicorp. Overall, the three new installations will produce 186 MW, but it will still be a few weeks before they are put into commercial operation. Although, the facilities, which have been completed, have recently been visited by Acciona and Swicorp management.

“This is the first programme to build renewable energy power plants owned by us in Egypt, a country that has set ambitious targets for the development of renewable energy,” said José Manuel Entrecanales, Acciona’s Chairman and CEO, at the end of his visit to the Aswan region.

The construction of the three solar parks was carried out by Acciona Energia. Its engineers installed the panels over an area of nearly 3 km2. The whole is composed of 572,322 polycrystalline silicon photovoltaic modules using Astronergy technology, offered by Chint Group, a company based in Hangzhou, eastern China. These solar panels are mounted on horizontal axis trackers supplied by STI Norland, a company based in Pamplona, in the autonomous community of Navarre, in northern Spain. In total, the site’s 1,000 employees took eleven months to assemble all these modules.

Acciona and Swicorp, who are involved here as private power producers (PPIs), estimate that the three solar parks should provide electricity to 150,000 Egyptian households and avoid the emission of 297,000 tonnes of CO2 per year. The two companies invested 160 million euros equally in this concession, which they obtained in 2016. The financing was provided by the International Finance Corporation (IFC), the corporate finance arm of the World Bank, and the Asian Infrastructure Investment Bank (AIIB). These two development partners also financed the 64 MW Nubian Suns solar park, which has recently been inaugurated in Benban by Alcazar Energy, an IPP based in the United Arab Emirates.

The 186 MW produced by the Acciona and Swicorp solar power plants will be purchased by Egyptian Electricity Transmission Company (EETC) under a 25-year power purchase agreement.