Homepage » EGYPT: 400 camels show off nature’s prowess on the tracks of Salloum

EGYPT: 400 camels show off nature’s prowess on the tracks of Salloum 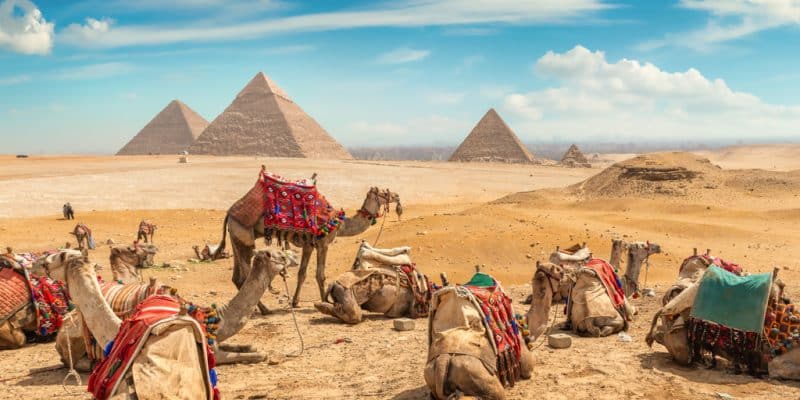 In Egypt, mammals that can run at speeds of up to 65 kilometers per hour made a spectacle of themselves in the "camel race" held recently in the Bedouin village of Salloum west of Cairo.

For the first time in Egypt, the “Camel Race” mobilized 400 animals from the Sinai, New Valley and Upper Egypt governorates. The event organized on October 15, 2022 by the Egyptian Camel Federation took place at the Salloum racetrack located in the governorate of Marsa-Matrouh.

These camels divided into different groups of races (Arabian camels or dromedaries, and camels of bactrian recognized by their two humps on the back) have beaten the pavement on thirty laps before an audience of spectators including administrative authorities and biodiversity enthusiasts.   “A team is present on the ground to welcome the camels and register their names, their type and the names of their owners,” said Sheikh Mohamed Abu Anka, head of the technical organizing committee.

“Camel Racing” was also supported by the Camel Racing Sports Federation based in Abu Dhabi, United Arab Emirates (UAE). In this Gulf country, as in Qatar, this type of event is an opportunity for betting and tourist attraction despite the controversy involved. In April 2019, for example, the Asia branch of People for the Ethical Treatment of Animals (PETA) published an investigation revealing the mistreatment of camels and horses in the transport of tourists around the pyramids in Egypt, between “beatings, dehydration, undernourishment, lack of care,” had deplored the American non-governmental organization (NGO).

Read also-EGYPT: not far from the Red Sea, a green city is gradually taking shape in Marsa Alam

Following this denunciation, the country of the pharaohs announced that it was going to replace the backs of animals by electric cars. If it is proven that the camel resists water stress, because it lives in the desert or in arid mountainous regions, a study of the Swiss National Science Foundation reveals that this mammal also contributes to the fight against global warming “by releasing less methane than cows and sheep”.