Homepage » EGYPT: not far from the Red Sea, a green city is gradually taking shape in Marsa Alam

EGYPT: not far from the Red Sea, a green city is gradually taking shape in Marsa Alam 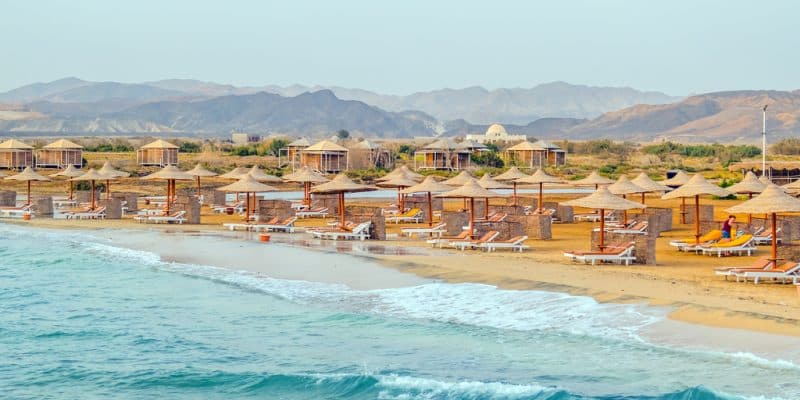 With its cows and sea turtles, the seaside resort of Marsa Alam in Egypt is dreaming of a green city where ecotourism will flourish. The project supported by the Egyptian government is making progress just a few months before the 27th Conference of the Parties on Climate Change (COP 27), which takes place from 7 to 18 November 2022 in Sharm el-Sheikh.

Known for its fine sandy beaches and coral reefs, the town of Marsa Alam, located 61 km from Cairo, is undergoing a major ecological transformation. This desire of the Egyptian government is beginning to be implemented in the village of El-Qula’an, which is home to the Wadi El-Gamal reserve. The village is now powered by a solar power plant.

In El-Qula’an, the Egyptian government is also planning to build a water desalination plant to supply drinking water to the few inhabitants of 14 wooden houses built by the Red Sea governorate. This locality will also be equipped with a wastewater treatment plant.

Nearby, the land of the Pharaohs has also initiated the ecological transformation of Sharm el-Sheikh, located between the Sinai Peninsula and the Red Sea. The host city of the 27th Conference of the Parties on Climate Change (COP 27), which opens on 7 November 2022, recently received funding from the United Nations Development Programme (UNDP) to the tune of 6.2 million dollars (115.8 billion Egyptian pounds) for water desalination, waste-to-energy conversion, as well as the installation of solar panels and charging stations for electric vehicles.