EGYPT: 4 plants treat industrial effluent in the City of 6 October 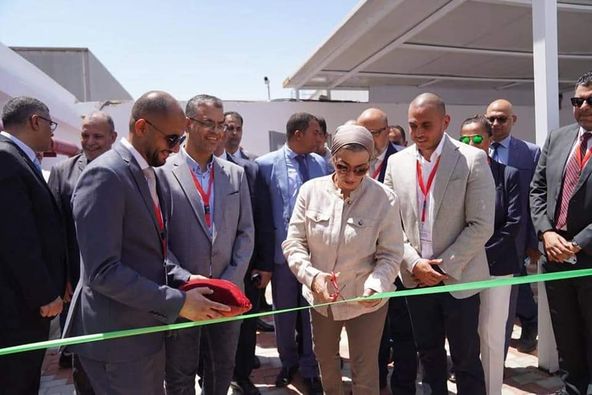 At least four new industrial wastewater treatment plants are coming on stream in Egypt. The plants in the 6th of October City have been operational since 21 August 2022.

The new wastewater treatment plants were commissioned by the Egyptian Minister of Environment, Yasmin Fouad. This was on the sidelines of an inspection visit to industrial sites in the Sixth of October City, Giza Governorate, Egypt. These activities are part of the preparations for the 27th United Nations Climate Change Conference (COP 27), which takes place from 7 to 18 November 2022 in Sharm el-Sheikh on the Red Sea.

The plant inaugurated at the Ramadan Company will take care of the effluents discharged by the pharmaceutical and diagnostic industries (Rameda). The 700 m3 plant supports an existing facility with a capacity of 100 m3 per day. “The treated wastewater is reused to water Rameda’s trees and green areas, resulting in a 66% reduction in pollution loads,” says the Egyptian Ministry of the Environment. The treatment plant is powered by solar energy. 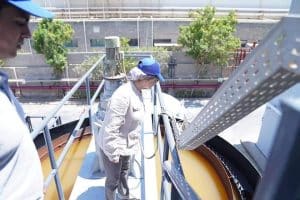 The delegation led by Yasmin Fouad also visited the headquarters of the Swiss multinational Nestlé in Egypt. At the food company, the Egyptian Minister for the Environment inaugurated a wastewater treatment plant with a capacity of 100 m3 per day. As with Rameda, the Nestlé factory provides water for watering its green spaces, as well as for cooling boilers.

Reducing the environmental impact of industries

The Americana Group, which specialises in food and catering in North Africa and the Middle East (MENA), also has a new wastewater treatment plant. The plant was commissioned on 21 August 2022 and has a capacity of 2.3 m3 per day. An additional treatment stage with the Techn Andlogia nanofilter has been included in the plant to produce water that will be reused for irrigation and cooling.

In addition to reducing pollution, these plants help to reduce the environmental impact of companies. In addition to this, the freshwater resource is being preserved. With the drought, fresh water is becoming scarce in Egypt. And the situation is expected to worsen with the construction of the Grand Ethiopian Renaissance Dam (GERD), which will reduce the flow of the Nile.

The other wastewater treatment plant commissioned in the Sixth of October City belongs to the polymer company Eagle Chemicals. It is a ‘triple’ effluent treatment plant with a capacity of 350 m3 per day. The treated wastewater will be reused for watering green spaces.