Homepage » EAST AFRICA: the heavy toll of the 2021/22 cyclone season in the Indian Ocean

EAST AFRICA: the heavy toll of the 2021/22 cyclone season in the Indian Ocean 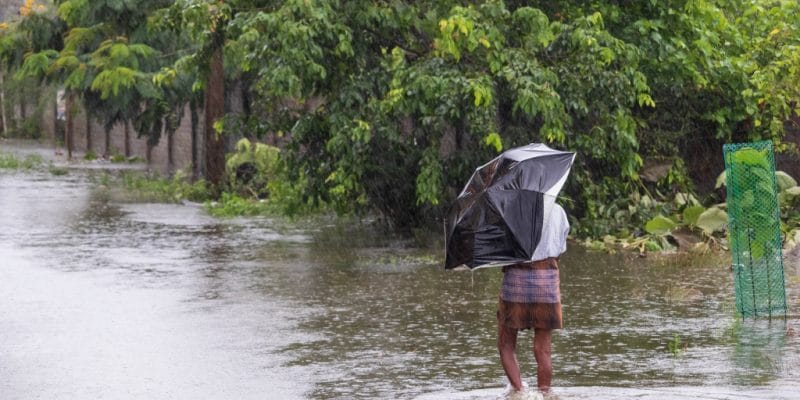 Roofs blown off and walls collapsed, 30,000 Mozambicans are paying the heavy price of tropical storm Gombe in several provinces. In both Nampula and Zambezia in central Mozambique, the National Institute for Disaster Risk Management (INGD) observed wind gusts of 170 km/h. An intensity stronger than that of Cyclone Idai that hit the country in 2019, with greater damage such as power outages.

In neighboring Malawi, the disaster caused heavy rains leading to flooding in nine districts, including Machinga located 256 km from the capital Lilongwe. A total of seven people died in the south of the country, while authorities deployed rescue teams to flood-affected areas such as Liwonde, where the country’s fourth largest national park is located, and the Namandanje River, which serves as the border with Mozambique.

Although Gombe did not reach Madagascar, the country most vulnerable to natural disasters in East Africa, the big island experienced other phenomena at the beginning of the year, such as cyclone Batisrai, which followed storm Ana and had wind gusts of 235 km per hour. After causing flooding across the country, destroying buildings and uprooting trees, the storm left 92 people dead and 50,000 displaced.

Regions placed on alert in Madagascar

According to meteorological organizations, this phenomenon is far from stopping in East Africa since Madagascar is expecting a new wave of powerful tropical cyclones, like Dumako, which is expected to make landfall especially in the regions of Sava, Analanjirofo and Toamasina, which are placed on alert. A series of disasters affecting the biodiversity and food resources of the populations.

Each year, about 80 tropical storms or cyclones form on the globe. In the Indian Ocean, the cyclone season extends from November to April, with the exception of Mauritius and the Seychelles where the phenomenon lasts longer. According to Evans Mukolwe, a meteorological expert at the United Nations (UN), the 2021-2022 cyclone season will end in May with a dozen other phenomena likely to hit East Africa and neighboring islands in the Indian Ocean. “In recent years, we have seen increased warming of the oceans. This change in climate patterns in the Indian Ocean normally leads to an increase in cyclones in the southwestern part,” says Evans Mukolwe.

According to the United Nations Intergovernmental Panel on Climate Change (IPCC), some 50 African cities are exposed to severe weather events related to rising sea levels and air temperatures. This view is shared by the acting director of Malawi’s Department of Climate Change and Meteorological Services. “Most of the land is bare, no trees, no vegetation, so when these waters come in, the impact of flooding is very high. And temperatures are rising over the oceans. With this global warming, these climate changes, we expect these cyclones to develop more and more,” says Lucy Mtilatila.

Read also-ANA: the human and environmental disaster of the storm in East Africa