Homepage » ANA: the human and environmental disaster of the storm in East Africa

ANA: the human and environmental disaster of the storm in East Africa 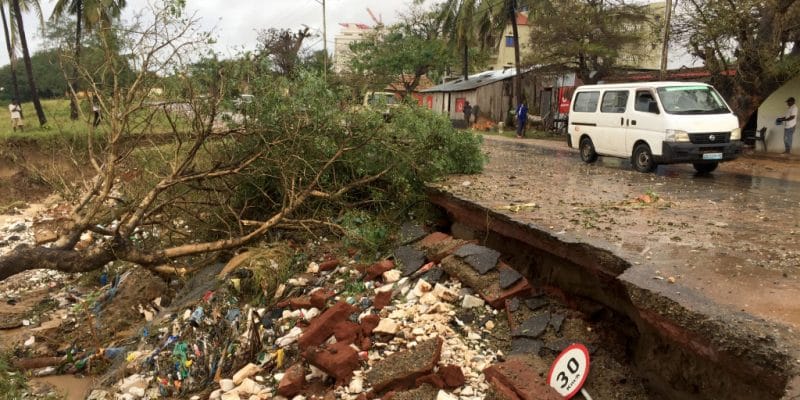 On January 22nd, 2022, Tropical Storm Ana formed over the Indian Ocean and moved westward, passing through northern Madagascar and crossing Mozambique before reaching Malawi and Zimbabwe. A natural disaster that has greatly impacted biodiversity and natural resources in these East African countries.

Tens of thousands of houses ravaged, bridges collapsed over flooded rivers, cars washed away. “Ana” did not fail to engrave its passage in several East African countries. In Malawi, Mozambique, as well as in Madagascar, this tropical storm has left its mark on populations and ecosystems.

In a few days, heavy rains affected the east coast of Africa, the Indian Ocean and the Mozambique Channel. This caused flooding that washed away livestock and drowned agricultural plantations in Malawi. Ana also affected livelihoods in Niassa and Zambezia, two of Mozambique’s ten provinces. A total of 77 people died in the wind gusts in East Africa.

The disaster caused the displacement of 130,000 people in Antananarivo the capital of Madagascar. Ana also knocked down thousands of power lines in East Africa. In Malawi, “our priority is to restore power to health facilities and schools,” says the state-owned Electricity Supply Corporation of Malawi (ESCOM). In this country, part of the population is still in the dark, as in neighboring Zimbabwe, where the spectacular rise in water levels has forced the shutdown of electrical generators in schools and hospitals affected by the floods.

East Africa and Mozambique in particular have been hit several times in recent years by severe storms and large-scale cyclones. According to the United Nations (UN), more major cyclones such as the tropical storm “Batsirai” in the Indian Ocean are expected to hit the region by the end of March, the end of the rainy season. According to experts, the effects of these phenomena can lead to diseases related to water hygiene and sanitation, such as cholera and typhoid, and other epidemics.