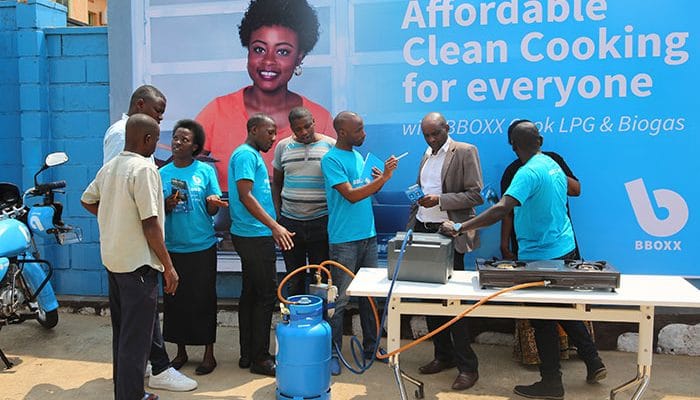 The United Nations Capital Development Fund (UNCDF) is providing US$500,000 in funding to the British company Bboxx to deploy its clean cooking solution in several provinces of the Democratic Republic of Congo (DRC), including Goma, Bukavu and Lubumbashi.

Bboxx has signed a new partnership for the deployment of its energy access solutions in the Democratic Republic of Congo (DRC). The UK company is receiving a loan and a grant totalling $500,000 from the United Nations Capital Development Fund (UNCDF). The funding is intended for the development of Bboxx’s second core business in the DRC, namely the distribution of environmentally friendly cookers.

The company, which mainly supplies solar home systems, wants to implement its partnership with UNCDF in the DRC provinces of Goma, Bukavu and Lubumbashi, where the rate of access to clean cooking is quite low. According to Bboxx, this situation also affects the rest of the country, as only 4% of Congolese use an ecological cooking solution. While the situation is deplorable, especially for the population that uses wood and its by-products to cook food, it is also an asset for Bboxx, which wants to deploy its LPG (liquefied petroleum gas) cookers in the DRC.

“The UNCDF funding is a significant boost to our clean cooking business. It is a relevant element in the development of our financing structure, as it complements the grant, we received late last year from the US Agency for International Development (USAID) to expand our clean cooking technology,” explains Bboxx.

Through its partnership with UNCDF, the UK company hopes to spur the international community to take action to promote the adoption of clean cookstoves in households. The World Bank estimates that the loss of income due to the lack of clean cooking services is $2.4 trillion per year. These losses are particularly noticeable in the environment, through the deforestation caused by the production of charcoal, used in African cities for cooking.

Also, the obvious risks of fire and health hazards are real, due to the inhalation of toxic fumes released by combustion; a phenomenon responsible for almost 500,000 premature deaths per year in sub-Saharan Africa, according to Srilata Kammila, the head of adaptation to climate change of the United Nations Development Programme (UNDP).