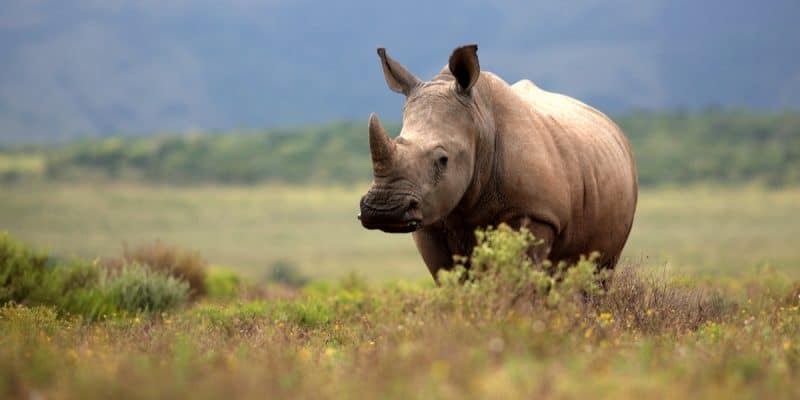 The mining company Kibali Gold Mine (KGM) wants to restore the white rhino population in the Garamba National Park in the north-east of the Democratic Republic of Congo (DRC). To this end, the subsidiary of the Canadian company Barrick Gold has announced the transfer of 50 white rhinos from South Africa.

This is a great logistical and zoological challenge. At least 50 white rhinos will be transferred from South Africa to the Democratic Republic of Congo (DRC), more precisely in the Garamba National Park, in the north-east of the Central African country. The Garamba white rhino population is now endangered due to poaching and looting during wartime, with only a dozen individuals left in the park and nine in captivity, according to official figures.

The project announced on 24 March 2022 by Kibali Gold Mine (KGM), a subsidiary of Barrick Gold, a Canadian mining and development company, is designed to restore this white rhino population. “Barrick plans to reintroduce white rhinos into Garamba National Park. In what will be the largest exercise of its kind, the plan envisages the relocation of approximately 50 white rhinos to Garamba, creating a new population that is critical to the long-term plan to protect this species,” says Mark Bristow, Barrick Gold’s chief executive officer.

KGM has not yet given details of the start and cost of its project to reintroduce white rhinos into Garamba Park. However, the project is part of the Garamba Alliance, a joint partnership with the US Agency for International Development (USAID). The initiative’s approach is to mobilise the private sector in the fields of agriculture, conservation, renewable energy and vocational training.

The Garamba white rhino reintroduction project is also part of the corporate social responsibility (CSR) activities that KGM is carrying out in the national park, with which the company shares the same province, Haut-Uele. The gold mining company is involved in wildlife conservation. KGM is financing the installation of GPS collars on elephants and lions, satellite connections and veterinary care.