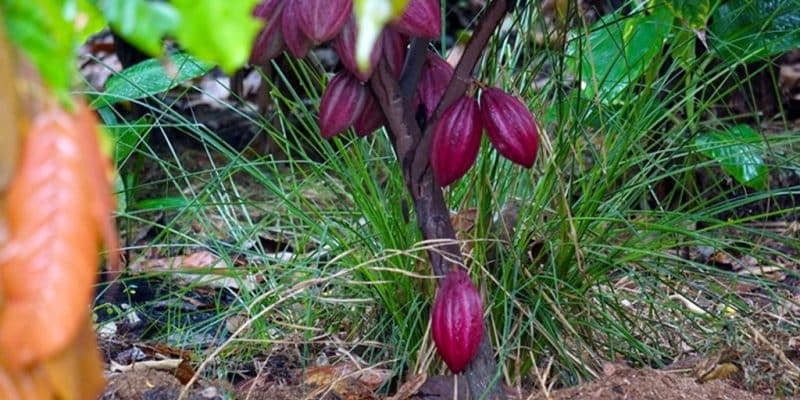 With more than 70% of the world's cocoa produced in Africa, the Wildlife Conservation Society (WCS) is promoting sustainable agriculture around the Okapi Faunal Reserve (OFR) in the Democratic Republic of Congo (DRC). The initiative aims to limit the impact of cocoa farming on local biodiversity.

According to the Food and Agriculture Organization of the United Nations (FAO), between 2000 and 2010, Africa lost 3.4 million hectares of forest each year due to cocoa cultivation. In this context, the Wildlife Conservation Society (WCS) supports sustainable cocoa production in the Democratic Republic of Congo (DRC), especially around the Okapi Wildlife Reserve (OFR).

“Cocoa production can increase family incomes, but it can also lead to widespread deforestation. This means that two important objectives, ensuring stability and income for local communities, and conserving the extraordinary biodiversity of the Congo Basin can be at odds with each other,” explains Virginia Zaunbrecher, Associate Director of the Congo Basin Institute.

The initiative, which will be implemented in partnership with the Ituri provincial authorities and the Congo Basin Institute, aims to protect large areas of forest around the RFO, develop agroforestry and secure the livelihoods of local communities and farmers. According to Papy Shamavu, WCS’s technical director in the DRC, cocoa exports account for three quarters of the local market, which undermines the health of ecosystems in the absence of environmentally responsible production.

This is why the French Initiative for Sustainable Cocoa in Africa was created in 2021. The platform brings together the State, companies, traders, retailers, civil society organisations and research institutes working on the cocoa and chocolate sector in France. The initiative, which aims to improve the income of cocoa farmers, also contributes to the fight against imported deforestation in order to put an end to the import of unsustainable forest or agricultural products contributing to this practice by 2030.