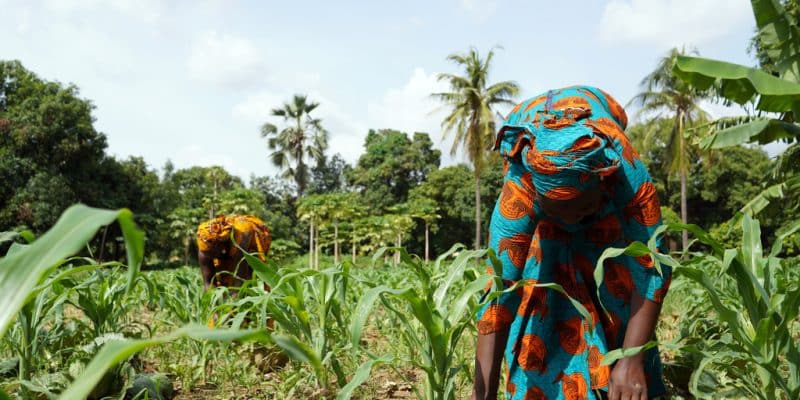 On the sidelines of the 27th United Nations Climate Change Conference of the Parties (COP27) in Sharm-el-Sheikh, Egypt, the Bill & Melinda Gates Foundation is pledging $1.4 billion for climate resilience of smallholder farmers in Africa. This funding, focused on developing digital solutions, will contribute to the implementation of Sustainable Development Goal 2 (SDG2), which calls for the elimination of hunger through the promotion of sustainable agriculture.

More than two billion people depend on small-scale farming for their food and income, but less than 2% of global climate finance goes to them. This is the view of Mark Suzman, CEO of the Bill & Melinda Gates Foundation, speaking at the 27th United Nations Climate Change Conference (COP27), which runs until 18 November 2022 in Egypt. Faced with the risk of food insecurity on the African continent, the organisation co-funded by American billionaires Bill, Melinda Gates and Warren Buffett has pledged to finance 1.4 billion dollars for small-scale farmers.

The funding is targeted primarily at rural women whose yields and livelihoods are affected by floods and drought, particularly in sub-Saharan Africa. The project will be implemented in partnership with the International Fund for Agricultural Development (IFAD), Canada’s International Development Research Centre (IDRC) and the Consultative Group on International Agricultural Research (CGIAR Excellence in Agronomy) based in Montpellier, France.

This group of African research institutes and farmers’ organisations will use “megadata, analytics, and digital platforms” to provide information that will increase incomes, food security, and ecosystem health in the 23 African countries targeted for Gates Foundation funding.

Specifically, the funding will support the development of new digital applications to enable smallholder farmers to anticipate and respond to climate threats, such as improving livestock health and productivity while reducing their climate footprint. The funding will also promote a weather intelligence mechanism developed by the Kenya Agriculture and Livestock Research Organisation (KALRO) and TomorrowNow, a platform that provides smart farming solutions to farmers in East Africa.

“The climate crisis is causing enormous damage every day, as it puts whole regions of people and economies at risk. More funding is needed to ensure that agricultural and technological innovations are widely available to vulnerable communities, helping them to adapt to climate change, save lives and increase economic growth,” Bill Gates, Co-Chair of the Bill & Melinda Gates Foundation at COP27.

The funding pledge comes after a $200 million grant announced in March 2022 by Microsoft, through the Bill & Melinda Gates Foundation, and the Qatar Fund for Development (QFFD), for the digital transformation of agriculture. As part of this partnership, Microsoft’s digital platforms such as Microsoft Community Training (MCT) will help train young people for entrepreneurship in agribusiness, smart farming, carbon sequestration and water conservation.