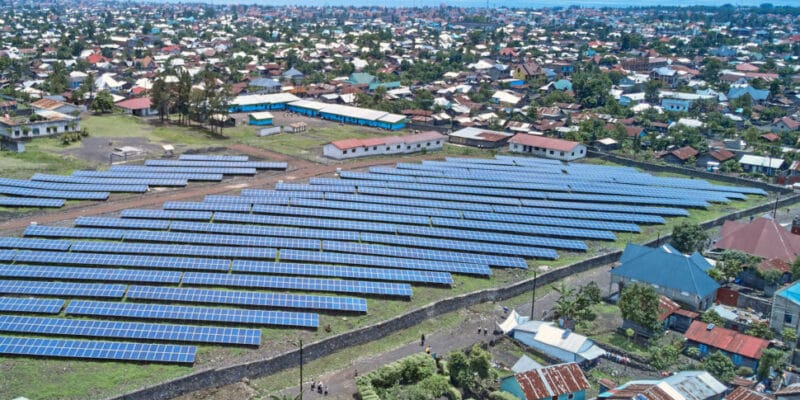 The developer of hybrid solar off-grids, Nuru, has just obtained 1 million euros from Proparco, the subsidiary of the French Development Agency (AFD) group responsible for financing the private sector. This investment will enable Nuru to deploy its off-grid solutions in several provinces of the Democratic Republic of Congo (DRC).

Nuru’s managers have reason to be pleased. The developer of hybrid solar off-grids, based in Goma in the Democratic Republic of Congo (DRC), has just received an investment of 1 million euros from Proparco, the subsidiary of the French Development Agency (AFD) group responsible for corporate financing. In the province of North Kivu, Nuru is developing electrification projects based on hybrid solar off-grid power plants.

The company aims to electrify 5 million people by 2024 in the DR Congolese provinces of North Kivu, Maniema, Ituri, Haute Uélé and Kasaï. Nuru has already commissioned a 1.33 MW hybrid solar power plant, one of the largest off-grid power generation facilities on the African continent. The solar power plant, which feeds into the grid in the city of Goma (North Kivu), is equipped with a battery storage system and back-up generators that supply electricity continuously after sunset.

Supporting the electrification of 330,000 people

According to Proparco, its investment will accompany not only the development of Nuru, but also the DRC’s energy transition and in particular the UN’s SE4ALL (Sustainable Energy for All) initiative, which aims to ensure universal access to modern energy services and to double the share of renewable energies in the energy mix by 2030. “This operation also demonstrates the priority given by Proparco to supporting the private sector in fragile countries, thanks in particular to the support of the French government. The development of mini-grids is a very important issue for international donors and is therefore one of the areas in which they are working together more closely in fragile countries,” adds Proparco.

AFD Group’s subsidiary estimates that the funds injected (1 million euros) into Nuru will provide access to electricity for 330 000 people while preventing the emission of 500 000 tons of CO2 over the next 20 years. By investing in Nuru, Proparco joins other technical and financial partners of the company launched in 2015 including off-grid Energy Peace Partners, Solarcentury, PowerGen Renewable Energy, Energy Access Ventures (EAV), the European Union’s Electrification Financing Initiative (ElectriFI) and Gaia Impact Fund, a French investment fund dedicated to entrepreneurs in the renewable energy sector.