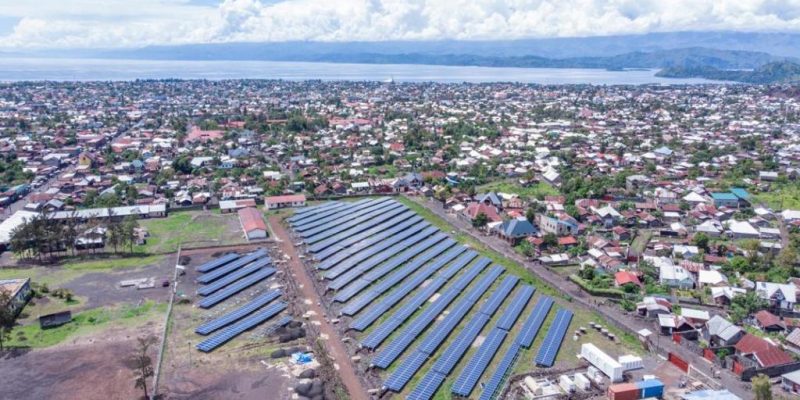 The Nuru company has put a mini hybrid solar power plant with a storage system into operation in Goma, the capital of the North Kivu province in the Democratic Republic of Congo (DRC). The installation has a capacity of 1.3 MW.

The city of Goma has acquired a small hybrid power plant. The facility inaugurated on February 4, 2020 in the capital of the province of North Kivu in the Democratic Republic of Congo (DRC) is the work of Nuru. The Goma-based company has built a power plant in the Ndosho district. It consists of 4,000 panels, each capable of producing 335 W. 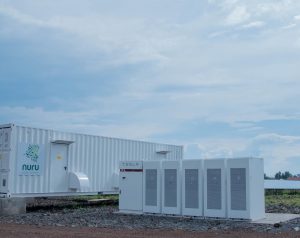 The storage system of the Goma Hybrid Solar Power Plant©Nuru

They are linked together by solar inverters that convert the energy transmitted by the sun’s rays into electricity. The entire solar system is thus capable of producing 1.3 MW. The installation is also equipped with batteries for storing the electricity, integrated in a container. Thus, after sunset, the power plant can continue to supply the population.

Nuru’s projects in the DRC

The solar power plant built by Nuru in Goma is also equipped with several back-up generators with a total capacity of nearly 364 kW. Electricity from the hybrid plant is distributed directly to the population via a mini-grid, also built by Nuru and equipped with transformers and a transmission line. “Nuru has (…) taken care to meticulously organise its electricity network, which includes 12 m high power poles for medium voltage and 8 to 10 m high poles for low voltage. These ecological poles, made of bamboo, are used to support the power cables that supply customers and for smart meters that measure customer consumption,” explains Nuru company.

According to the company, launched in 2015, the commissioning of Goma’s hybrid off grid is the first step in a project that aims to provide electricity to 5 million people by 2024. Within 24 months, Nuru expects to generate an additional 23 MW by building solar hybrid plants in the provinces of North Kivu, Maniema, Ituri, Haute Uélé and Kasai.

To implement its project, Nuru can count on the support of its partners, including off-grid providers Energy Peace Partners, Solarcentury, PowerGen Renewable Energy. The company is also supported by Energy Access Ventures (EAV), Electrification Financing Initiative (ElectriFI), an investment fund owned by the European Union, whose aim is to support the private sector in providing electricity in underserved areas.