DRC: “Kintoko” initiative to collect 50 tonnes of plastic per day 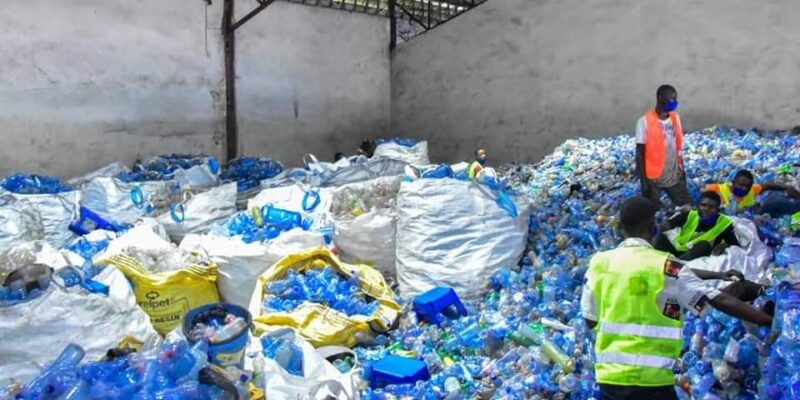 The DR-Congolese company OK Plast recently launched its "Kintoko" project in Kinshasa, the capital of the Democratic Republic of Congo (DRC). The initiative, supported by the governorate of Kinshasa, will allow the collection of an average of 50 tons of plastic bottles per day.

Kinshasa, the capital of the Democratic Republic of Congo (DRC) produces an average of 7,000 tonnes of plastic waste per day, or nearly 260 kilograms per inhabitant each year, according to a report by the International Union for Conservation of Nature (IUCN). Used plastic bottles often end up in rivers, with unfortunate consequences for both the environment and human health.

The DR-Congolese company OK Plast wants to stop this phenomenon, first in Kinshasa through its “Kintoko” initiative. OK Plast will initially install containers in all the councils of Kinshasa. Each council will have at least five containers. People will have to put used plastic bottles in them. For each kilo of plastic bottles brought in, the collector will receive 100 CFA francs, or more than 0.15 euros.

To date, OK Plast has already installed its containers at three sites in Kinshasa. Its short-term objective is to collect 50 tonnes of plastic bottles per day. The company plans to recycle the collected waste in its future factory, which should soon be operational in the country.

The OK Plast project is in line with the “Kin Bopeto” initiative, which aims to make the city of Kinshasa cleaner. The operation, launched in 2019 by President Félix Tshisekedi, is expected to last five years at a cost of 363 million euros.

The DR-Congolese capital produces huge quantities of rubbish in addition to plastic waste; a total of 90,000 tonnes of waste per day. “Barely 20,000 tonnes are cleared on a daily basis,” said Anderson Vantoto, the director general of the Régie d’assainissement de Kinshasa in 2018.